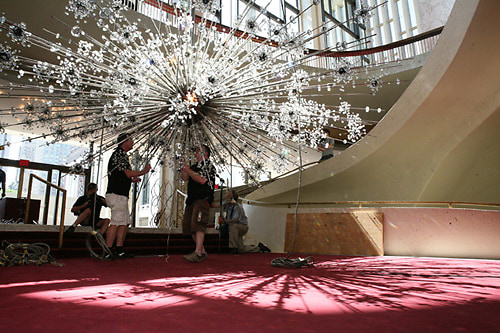 The 125th Anniversary Season of The Metropolitan Opera House begins tonight and, for the first time ever, the show will be broadcast live! All over the world, people will be dressing the part as they head to their local theaters, or even their couches, to watch Renée Fleming live in fully staged excerpts from Verdi's La Traviata, Massenet's Manon, and Strauss's Capriccio. James Levine is conducting along with Marco Armiliato and Patrick Summers.

Times Square will be trasmitting the event on multiple giant screens starting at 5pm.  Local movie theatres are presenting the broadcast in HD (go HERE to purchase tickets at nearest one), and the Metropolitan Opera Radio on SIRIUS channel 78 on the web will showcase it as well as a live stremming video on the Met's Website.

The 125th Anniversary of the Met