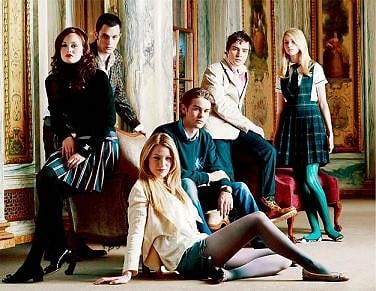 Lately everyone has been talking about Gossip Girl, the new show debuting on the CW Wednesday nights this fall.  It is based on the popular novel series by Cecily von Ziegesar and is set to be the new OC of the East coast.  It will revolve around the lives of socialite young adults growing up on the Upper east side.  We for one can not WAIT to watch how they manage to portray the dramas of this elitist crew that we know all too well.  It brings us back to the rainy afternoon last Spring where we were forced to share a cab uptown with one of them.  She was a private schooler around 16 and just getting done with her "sample makeup do" for prom...which was still two months away.  She had 5 dresses already to choose from including a Cavalli and Klein though was getting "bored with them all".  Which is why we are well aware that any show portraying these specimens will undoubtedly have some fine fashion (the dialogue will most likely be annoying yet you'll laugh because it will be familiar).

In comes designer Eric Daman (former assistant costume designer and stylist on Sex and the City) who apparently has based the character's outfit choices based around such NY socialites as Tinsley Mortimer and Lydia Hearst-Shaw. 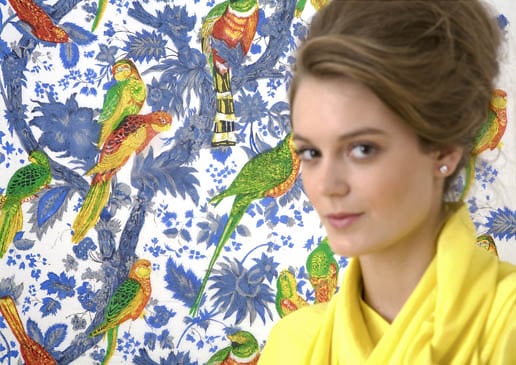 An insider tipped us to one of the designers who's Spring line will be debuting on the show.  Her name is Abigail Lorick and her new Lorick New York line looks to be the real thing.  Once a Ford model herself, Abigail's line looks fresh and original.  We will be doing further research on the young designer as her career unfolds. In the meantime: "Look for Modern Manners and Dressing with Style and Ease as Lorick Collection premiers in Spring of 2008"

As for Gossip Girl?  We're pretty sure it will just be so-so as far as story line.  However, if the producers can manage to stick with their promise of the city being the only backdrop (scenes will all only be filmed in NY), and keep up on cutting fashion, we think it will be a hit, even without the brozned surfers running around.