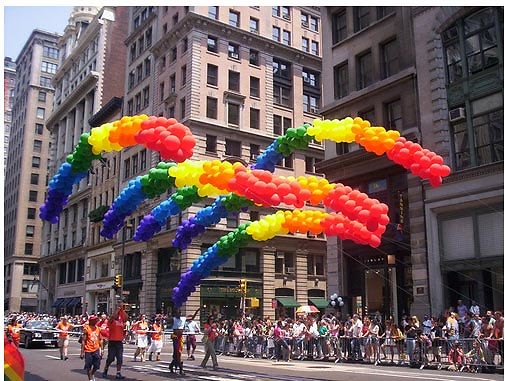 With the seemingly everlasting debate on gay marriage heating up, attending this year's Gay Pride Weekend is more important than ever. Accordingly, the events are sure to be the craziest and most colorful yet. So squeeze into your chaps and meet us (and over a million others!) in the streets to celebrate the joy of loving who you are!

Don't miss the main event - the parade starts at noon on Sunday, June 26th on 36th Street and Fifth Avenue. It will make its way down Fifth until reaching Christopher and Greenwich Streets in Greenwich Village. The weather should be beautiful (i.e. no rain!) so there's simply nothing that can crash this party. The march's theme this year is "Proud and Powerful" and will include extravagant floats and costumes, music, and a variety of community groups. Take a look at some pictures from last year to get an idea of what awaits. 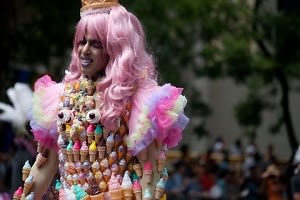 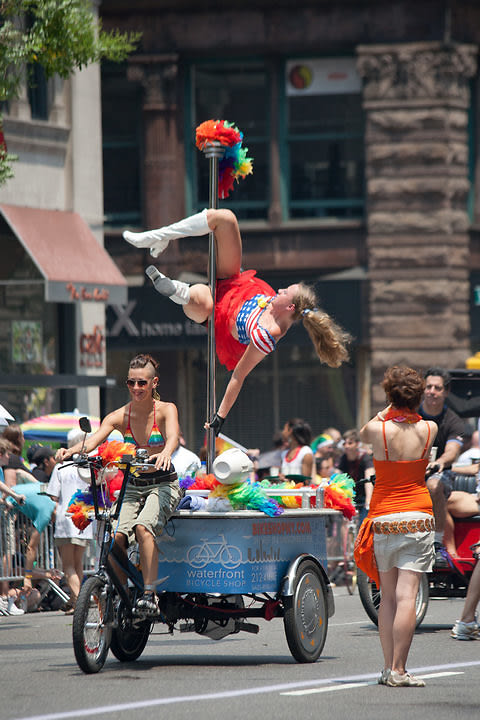 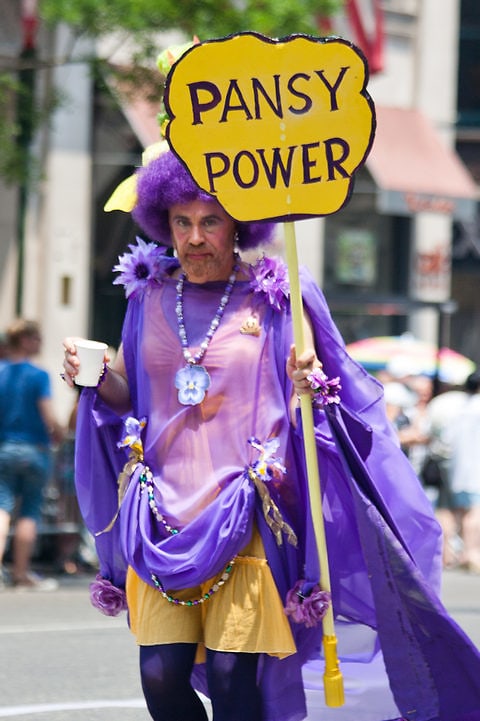 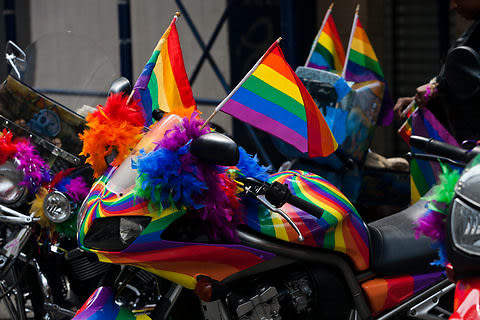 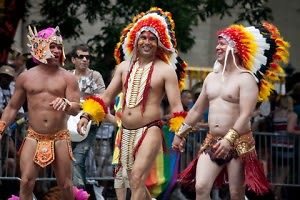 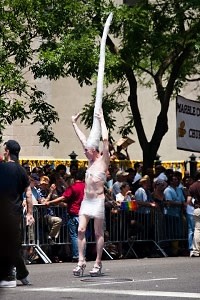 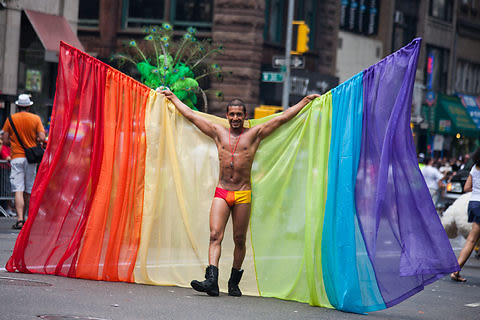 Check out this (free!) street fair, also on Sunday, running from 11 AM till 7 PM on Hudson Street between Abingdon Square and West 14th Street. It's an annual LGBT event, coinciding with the parade, and boasts an array of vendors, entertainers, and community activities. Enjoy the festivities alongside thousands of expected out-of-state visitors!

Rapture on the River

This women's dance is scheduled for tomorrow, Saturday the 25th, from 3 PM - 11 PM, following the Dyke March. It will feature comedic acts, a Happy Hour, music from DJs Susan Levine and Mary Mac, and a Wet T-Shirt Contest. Ladies, don't miss this! It will be held at Pier 54 on 13th Street at the West Side Highway. You can buy tickets right at the door for $35. 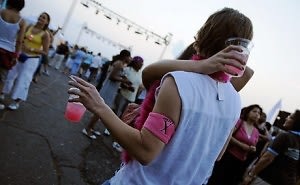 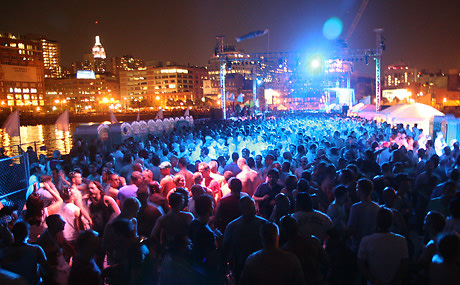 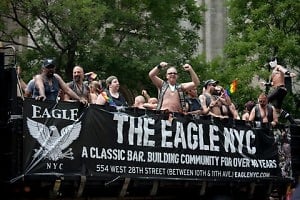 You won't have any trouble finding a festive place to drink and celebrate equality this weekend but we thought we'd mention a few bars and their variety of specials to help you start planning. As a rule of thumb, head over to the West Village or Chelsea, where the parties are guaranteed to never end.

The Grace Hotel - party with GLAAD at this Midtown spot Saturday at 5; 125 West 45th St

Perhaps the only downside to this weekend's parade will be the moment you realize your bladder is about to explode and that you have nowhere to go in order to remedy that. This is our attempt at helping you prevent that regrettable moment - here's a brief list of places within which you should be able to relieve yourself.

generally any Starbucks or McDonald's (but these may require purchasing something)

Soundtrack to Your Weekend

We can't wait to see everyone's elaborate costumes at this weekend's events - ones that we know will take a lot of time and effort to put on. For that reason, we've put together a playlist that screams 'PRIDE', so that you guys will have something sassy to listen to as you get ready. Turn it up!

'I Kissed A Girl' Katy Perry

'I Will Survive' Gloria Gaynor

'It's Raining Men' The Weather Girls

'Dancing On My Own' Robyn 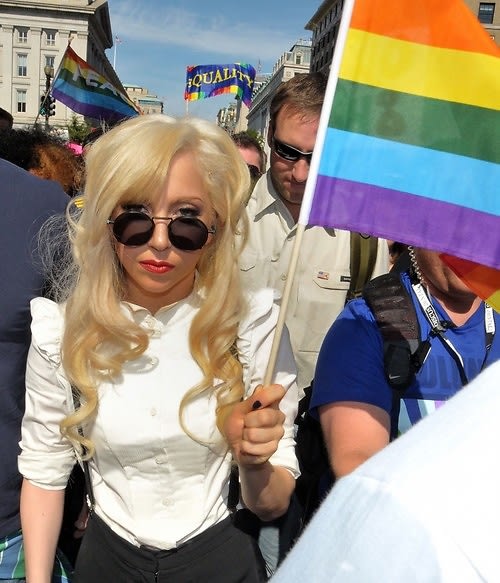