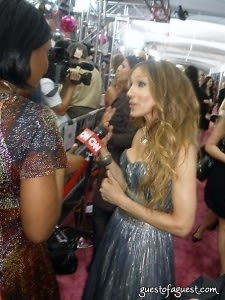 Go HERE for more photos from this event, and TAG YOURSELF in the Gallery!

Last night was the US premiere of Sex and the City at Radio City Music Hall and by the looks of things, New Yorkers are definitely ready for some great sex. They were not disappointed.

Our group, included Jamie Korey and Supermodel of the Year, Lydia Hearst who made her way, very slowly down the pink carpet. In front of us was the star herself, Sarah Jessica Parker, looking stunning in a silver gown. Behind us was the boy toy of Sex and the City, Jason Lewis. Up ahead we spotted Jennifer Hudson being interviewed by one of the many hundreds of camera crews surrounding the pink carpet. Every few minutes, the throngs of people that were gathered outside to watch the arrivals would erupt in screams as stars such as Jerry Seinfeld, Mary J. Blige, Eli Manning, Ashley Olsen, Katie Couric and Molly Sims made their arrivals.

Once inside we were treated to vitamin waters and Sex and the City popcorn (you know you're a hit when you have your own popcorn!). Promptly at 7:45, (the invitation read 6:00 pm), Michael Patrick King came on stage to introduce the stars of the film. After introducing all the extras, basically the entire male cast, he then moved on to the main event-the girls, Cynthia Nixon, Kristin Davis, Kim Cattral and finally Sarah Jessica Parker. The crowd cheered them all on and then after a brief speech by Carrie Bradshaw herself, the film began.

I won't give any spoilers on the film but I have to say, despite other reviews going around, if you were not a fan, you will love this movie, if you were a fan you will adore it. I could not imagine a more satisfying conclusion to the beloved series. The crowd laughed, cheered, applauded and cried the whole way through.

After the film we jumped out of our seats to head to our next stop, MAO's Hard BDAY Party hosted by Phillipe and David Blond and Roger Padilha at High Bar. We ran in, danced to the music of Lady Bunny and had a quick cocktail and before jumping to our next stop chatted with Photographer-Mike Ruiz, Top Model Judge and Stylist to the stars-Nole Marin, Jasen Kaplan, Sparrow, Beau Nelson and Joey Israel. 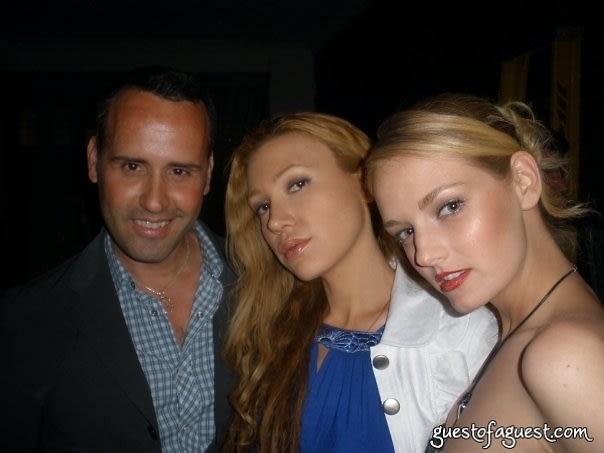 Our final stop was a downtown loft for the after party of the screening of the Siberia documentary made by Jack Bryan, the son of Anna Wintour’s beau. Siberia was an infamous underground bar in hell's kitchen that hosted a who's who of new yorkers during its run. At the party we chatted with our favorite philanthropist: Kipton Cronkite, Actress Becca Gerrol and Social Life Magazine Editor in Chief, Devorah Rose.