Over the weekend I had the pleasure of meeting and speaking with Andy Ostroy, the husband of actress, writer and film maker Adrienne Shelley. Adrienne's life was tragically cut short right before she was able to witness her biggest success, her film "The Waitress" starring Kerri Russell. Andy founded the Adrienne Shelly Foundation and is dedicated to the memory of Adrienne Shelley while helping other young women pursue their film making dreams. 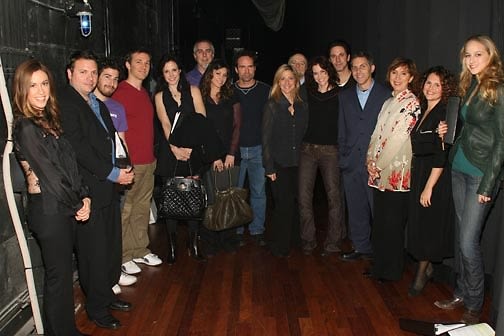 The evening will include the first public reading of Ms. Shelly’s “The O Letters,” a brilliant, touching piece of satire consisting of a series of five letters that are discovered in the year 4046 and read aloud at a women’s conference. The origin of the letters is unknown, and all that is known is that they’re written to someone named “Steadman” from a woman who signs all her letters with a big “O.”

Tickets for this event can be found HERE and, although top tier tickets are pricey, there is a ticket for every price range. Anyone who wants to attend the performance can purchase a ticket for as low as $25.

We encourage readers to check out the site and attend the event. Adrienne was a highly talented woman and her memory should be kept alive. By the way, in addition to "Waitress", Adrienne was working on another screenplay that has now been made into a movie called "Serious Moonlight" starring Meg Ryan and directed by Cheryl Hines. Look for the film in festival and theaters in 2009.