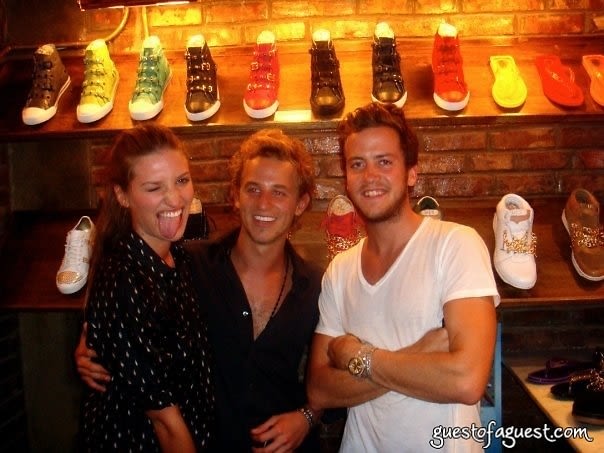 Nick Cohen and Seth Campbell, of Upper Echelon Shoes, have teamed up with Soles4Souls to change the world one pair at a time. They are donating samples to the charity, which provides footwear to countries affected by natural disasters. Every person that donates a pair of new or gently used shoes to Soles4Souls will receive a 15% discount on any pair of UES shoes in their newly opened store.

They snacked on salmon, artichokes, rice balls, and assorted cheeses and drank Red Bull and vodka cocktails. The after-party began around 10pm at Bungalow 8. Nick put on his DJ hat and gave the crowd a taste of his new mix tape featuring Michael Jackson, M.I.A., Kanye West and MGMT.

Upper Echelon Shoes will give you dinner, dancing and 15% off in exchange for your sole. Not a bad bargain.

[Blue & Cream Bringing UES to the LES] [Paying Homage To Our Inspiration: Bungalow 8]