History has shown that you can count on Whitney Houston for two things: her incredible voice and tabloid fodder, usually involving her man Bobbi. Well, yesterday the diva songstress appeared on Good Morning America to perform with daughter Bobbi Kristina Brown (I know, right?), and the concert was incident free. Whitney appeared grateful for the lack of drama, often looking and gesturing toward the sky. Cause, you know, you gotta thank God. 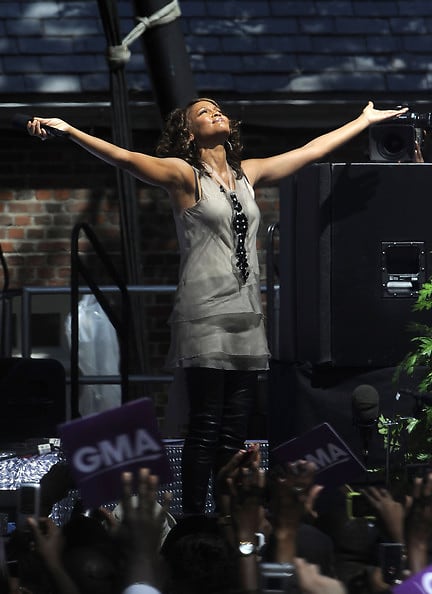 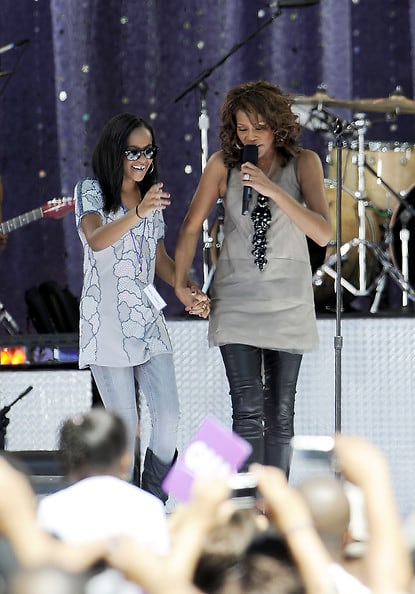 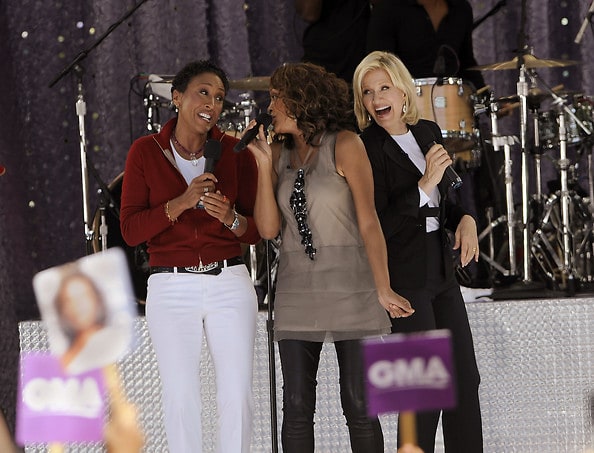 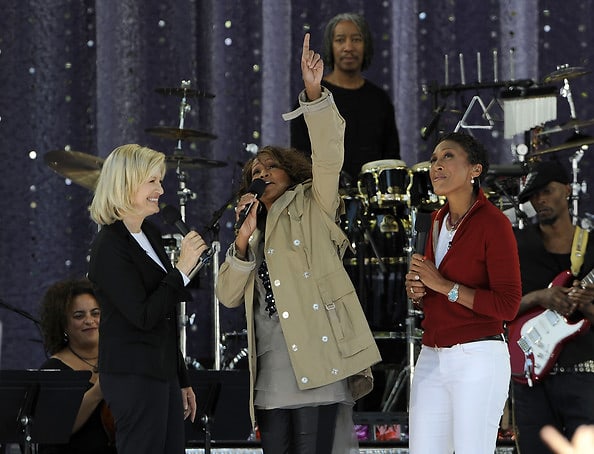 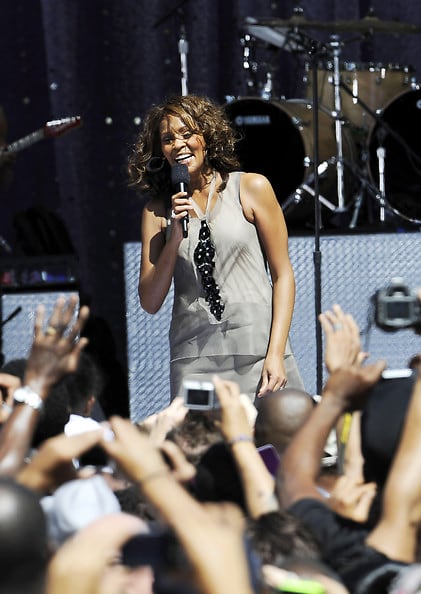 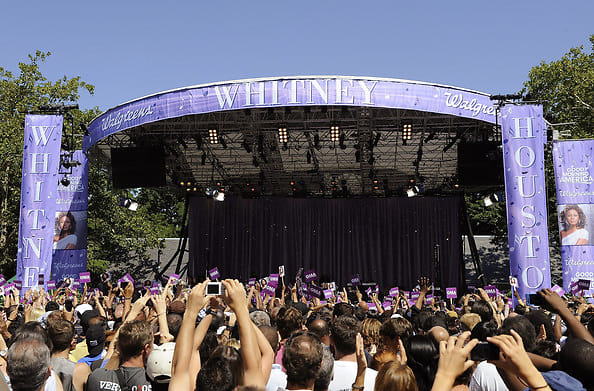