Welcome back to our feature, Why Don't You Channel?, injecting a bit of sartorial schizophrenia into your look.  With Nutcracker season well upon us, it is high time to grab your tutu and your Tchaikovsky for a look so delicate and flawless as to warrant its own very adjective, balletic. Why Don't You Channel ... A Prima Ballerina? 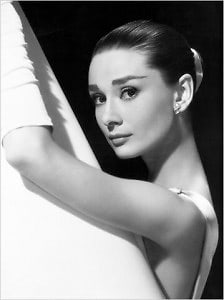 Patron Saint: Audrey Hepburn, classically trained in ballet before that film career of hers.

In Your Costume Box: Piles upon piles of Rodarte tulle and Lanvin ruffles for the annual opening night gala, showcasing not only your sylphlike arms but the ne pas ultra grace that you convey simply by standing, by being. Off-duty tutus, such as this one and this one, are also lovely.

As for backstage basic, crucial elements are super soft and in a palette of blush neutrals. They include Your Sweater, Your Shirt, Your Scarf, Your Tights and Your Legwarmers. 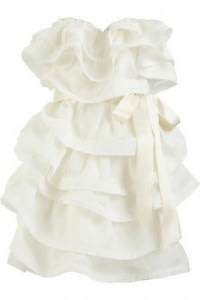 Among Your Pointe Shoes: Miu Miu so perfectly captures your gossamer aesthetic that you'd wear the line head-to-toe everyday if you weren't so brilliantly spontaneous.  Bejeweled and vertiginous, these do much to illustrate your fondness. So too do their blush pinky patent flats enjoy very heavy rotation among your enviable collection of on-the-street ballerinas, which also count puff toe Lanvin standbys and aptly-named London Sole Pirouettes in black moire among them.

And In Your Drawer of Bijoux: All is teensy and oh-so-delicate, much like its ethereal wearer. A barely-there charm on a gold thread, like this Jennifer Meyer wishbone necklace, serves as a subtlest talisman for luck on your solo. Nothing, however, can reach the dizzying heights of a diamond solitaire in its glittering abundance, with only your knife-sharp clavicle and the brilliance of the floodlights as accompaniments. Ergo, this unadorned Asscher set on prongs is the ultimate.

Lately, you have also come to rely on the easy glam of a jeweled headband, perfect both practically, holding your hair back during movement, as well as aesthetically, finishing your dancer's look.

Flower of Choice: Long-stemmed pink roses, thrown at your feet in copious glittering waves following yet another tour de force performance. (They were already sent backstage to perfume the dressing room air in anticipation of that same masterful rendering.) As a nostalgic nod to the prodigy recitals of your childhood, you sometimes weave baby's breath into your braided updo as you perform.

Signature Scent: You're drawn to Byredo Blanche, a fragrance whose white notes serve as an olfactory portraiture of sorts, encompassing both the innocent and the extreme. Fittingly, the magnetic fragrance further unfurls itself upon wearing.

What to Watch:  You yourself are quite literally an effervescent luminous piece of the cultural milieu, whether you appear in a traditional or first-time production of the Christmastime classic.  It's also a lovely time to go to the theater yourself, what with the release of psychoerotic thrillride Golden Globe-nominated Black Swan as well as The Nutcracker in its 3-D incarnation.  And see yourself on precious paper: primordial portraitist Degas has his danseuses on display at The Morgan through January. 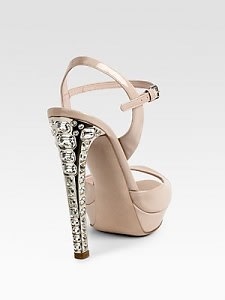 Where to Dine:  The Russian Tea Room, not least for its post-theater menu.  That bite of blini, so Balanchine.

What to Drink: On your glamorously spartan regime, alcohol - with its unsavory reputation for causing unrestrained behavior and worse, bloat! - has little to no place among your libations.  Fortunately, the pressed juice phenomenon has tutu written all over it.  At Liquiteria in the Village, you sip a super intoxicating blend of kale, spinach, romaine and parsley through a straw. When touring the left coast, you visit Pressed Juicery in the Brentwood Country Mart for Detox One, lemon and cayenne heaven in liquid form.

Gadget of Choice: That wonder of mechanized wonders, the bobby pin.

On a Budget: Essie's Ballet Slippers is the perfect pinky hue for your graceful talons.

The Cross Dress: Boys, leave the white tights to Baryshnikov and opt for a pristine practice-ready James Perse instead.