Welcome back to our new feature, Why Don't You Channel?, injecting some sartorial schizophrenia into your look. Earlier this week, we showed you how to channel a Gamine French Schoolgirl. Did you really think the boys would be left out?

WHY DON'T YOU CHANNEL ... PATRICK BATEMAN? 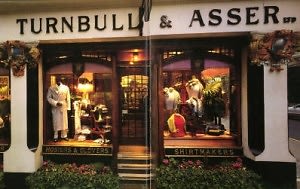 In Your Walk-In Closet: Bespoke suits, naturally, from an expert tailor whose identity you keep so hidden he is stored as 'FreshDirect' on your BlackBerry. Beyond that bit of clandestine non-identification, you sport monogrammed dress shirts from Turnbull and Asser.  Sometimes you get them at Lord Willy's on Mott Street instead. The placement of the monogram is crucial: you'd rather go shirtless than have it on your breast pocket proclaiming your initials as blatantly as 'Hello My Name Is.'  So you have your monogram sewn a bit farther down, where one has to look for it. Also you like to coordinate the contrasting color of your shirt buttons with monogrammed cuffs when you're feeling giddy or festive. Which is rare. But then again, rarity is what you're all about.

Cufflinks, obviously, are a major consideration: Skulls are too obvious, n'est-ce pas? But a set of rose gold tiger heads from Deakin & Francis is equal parts quietly menacing and just-barely ostentatious. And because, unfortunately, even PB has to walk on the ground: Stubbs & Wootton velvet smoking slippers, because you want to look permanently at home. Loafers with tassels are another thrilling possibility.

What to Sleep In: Frette, also monogrammed. (But not the Hotel Collection. After all, if you wanted the feeling of sleeping in a hotel, you would sleep in one. Likely that hotel would be The Gramercy Park Hotel, because you worship Aby Rosen. Even though he outbid you on that Koons.)

Signature Scent: Pasha by Cartier. The hot tub harem decadence is a private little in joke with yourself. 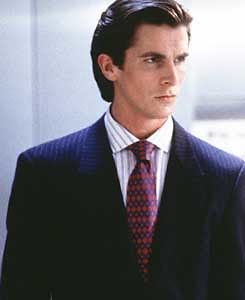 Where to Dine: All Michelin, all the time, controversy be damned. You not only know each Maître D' by his family name, you know his tables by number. You despise booths and their accompanying sinking feeling. Le Bernadin is for Wednesdays; Per Se the weekend.  Lately, you've really being going in for a lot of steak tartare, as the rawness really appeals to you.

What to Drink: Voss Sparkling Water, with charcoal rocks in the bottom as a further purification mechanism.  Water without carbonation is uncivilized.

People almost always assume that you like Scotch as old as your family's coat of arms but in truth, amber-colored liquids sort of freak you out.  Vodka is much, much cleaner, and therefore, closer to your sensibility. Any bartender worth his weight in salt looks at you and knows the way you take it: 100 proof, one rock. 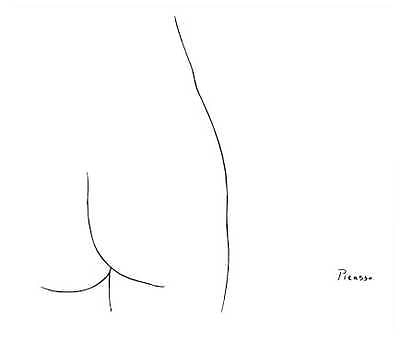 What to Read: You're no doubt narcissistic enough to read choice passages from American Psycho by Bret Easton Ellis constantly, but too subtle to admit you're poring over your personal roman à clef for the thousandth time. You instead confess to enjoying same-but-different Glamorama by BEE or Model Behavior by Jay McInerney. But to be frank, channeling Patrick Bateman is more about the books on your bookshelf than tomes actually read. So in your displayable possession: a healthy collection of Assouline, maybe The Big Butt Book from Taschen in your bathroom next to your original Picasso Femme and the Waterworks bidet, and some well worn National Geographics featuring those far-flung and full of Nature-at-her-most-bare locales you visited before elementary school.

Your Athleticism: The plebeian succession of hamster wheels at the gym renders you unable to breathe, much less exercise, so you receive a private instruction from a silence-practicing yogi who comes over at five am most mornings to practice.  If someone dares mention your supposed fondness for pumping iron, you stare at them and pronounce the following 11 words unblinkingly: "Do you really want to play fact or fiction with me?" 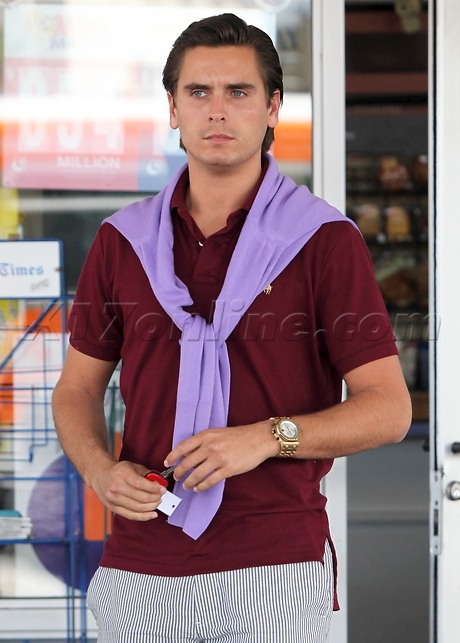 On A Budget: You can't knock him off, so please don't try.  But if God is in the details, you can be sure Pat Bateman is. So you need to have handkerchiefs from Pratesi. And yes, they should be monogrammed.

The Cross Dress: Possibilities abound, but I'm partial to these loafers by Miu Miu for the Miss Batemans among us.  These Alexander Wang work too. Options are important.