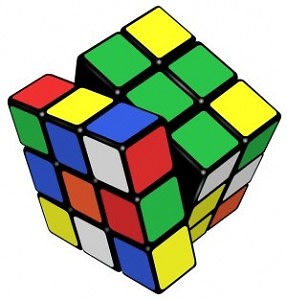 Many of you have probably heard the many Banker tales of analysts who can solve Rubik's cubes in several minutes if not seconds?  In fact some of you might even know an analyst who put it on their resume, only to be tested later during their interview (FYI, if you put it on your resume, you WILL be tested, it's a fact).  Well you probably only know the guys who passed, cause the ones who fudged it, well they are out of a job.  Then again, given the climate on Wall Street these days, you too are probably out of a job!

Moreover, you are probably desperately searching for that new job, and need a competitive advantage!  No need to worry, help is on the way.  We're going to give you that razor sharp edge and show you how to solve a Rubik's cube so you can dazzle that future employer.

Instructional video after the jump...