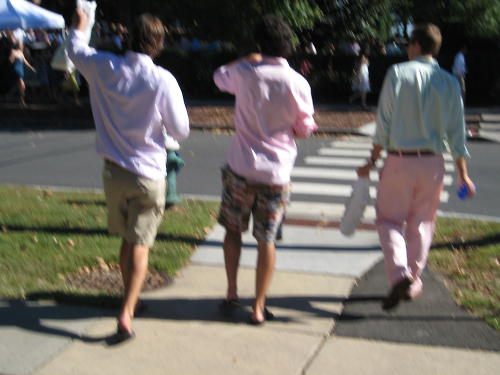 While you guys were all psyched up about Darien's Polo Event this weekend, it seems some other prepsters were out having their own end of summer fun. A dedicated reader sent us some great footage of the annual Princeton lawn parties held each September. Everyone breaks out their nantucket reds, madra shorts, Reefs, and sundresses for this all day beerfest, where the eating clubs (i.e. frats) hire bands for the event. 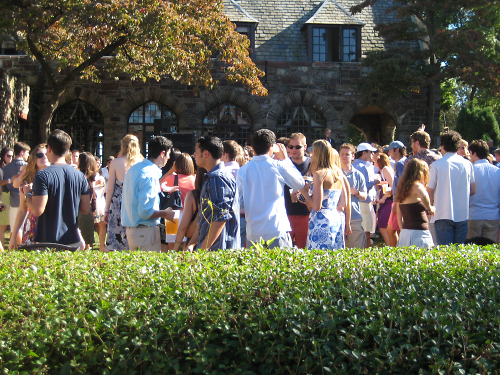 Cloister hired the Spin Doctors, who you might remember from the early 90s after hearing "Little Miss Can't Be Wrong" so many times from the album Pocket Full of Kryptonite on the radio that you wanted to kill yourself. In fact it is an often held belief that excess radio play actually killed the band's popularity...the reverse must be true today. Abuse of the airwaves with overplayed music couldn't be higher...but we digress. Sunday must have been a nice homecoming for frontman and vocalist Chris Barron who went to high school in Princeton, jammed with his friend John Popper of Blues Traveler, and from what we hear, loves Hoagie Haven. 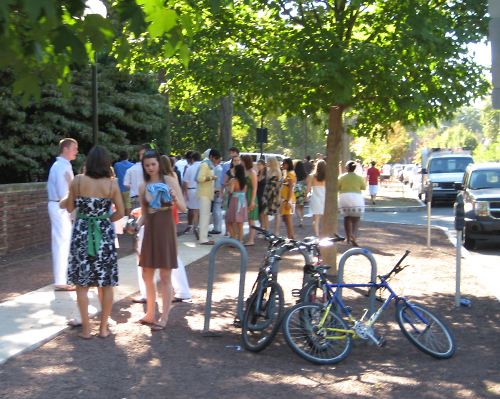 The biggest act playing yesterday was the rock band Everclear. The Tipster also had this anecdote to recount:

I was standing on Prospect Street, and this couple approached me and asked me what was going on. So I explained to them how all of the eating clubs were throwing parties with hired bands for lawn parties, and their response was "Only at Princeton!" To which I had no response.