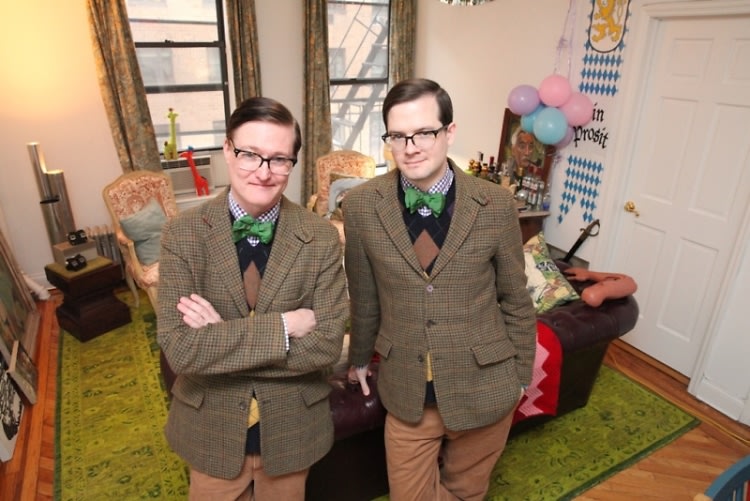 Imagine what it would be like to get two of everything—double bowties, double suit jackets, double drinks, and even double takes? No, they're not twins, but AndrewAndrew know the feeling. Since the late '90s, the DJ duo has caused quite a stir on the seen-everything scene of NYC nightlife by performing (and ultimately living like) a single entity. Chances are you've seen them out and about, working the decks of the latest downtown hot spot with an iPad and venturing into the crowd to become "active observers" of the party. Or maybe you've seen them canoodling with the hoity-toity ladies of the UES, admiring the Andrews' impeccable aesthetic without catching on to their "radical politics," as they call them.

While no one's been able to crack their code for over 10 years, the identity-sharing citizens of creativity have only generated more mystery around them, prompting the newcomers of New York nightlife, as well as the veterans, to remain just as fascinated with them as they were when they first caught a glimpse of their identical outfits, whatever their theme may have been at the time. Since we were curious about the coolest party pair around, we were able to gain some insight into the life of les Andrews, from navigating nightlife and reinventing the wheel (or turntable), to truly making sure that the party don't start 'til you walk in.