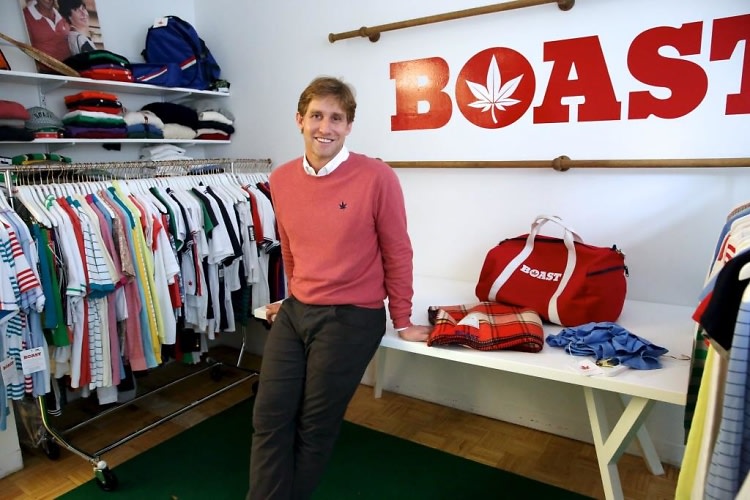 The 1970s were a time of revolution - in music, fashion, culture, and yes, even sports. Jimmy Connors and John McEnroe were the unexpected heroes of tennis, rebels on the scene who were as cool off the court as they were talented on it. Boast was founded with these irreverent idols in mind, a sportswear company indeed boasting its own brand of quiet defiance. The Japanese Maple leaf quickly replaced the crocodile on people's polo shirts, leading many to cheekily question what kind of leaf it actually was. While it was proudly worn by tennis and squash players from the Ivy League to the pro circuit, one school board actually tried to ban it. With its rich history and iconic iconoclasm (paradoxical, we know), it's no wonder John Dowling jumped at the opportunity to work with the brand in 2010.

While Dowling had some big tennis shoes to fill (Boast founder Bill St. John seems almost mythical), the company's new owner and president took the leap for the sake of reviving a brand he's loved for years. With initiatives like Boast U., which shapes brand ambassadors on campuses across the country, and a more modern apparel aesthetic, Boast is once again becoming the cool kids' sporty label of choice. We caught up with Dowling at the Boast HQ to talk first jobs, tennis courts, and whether or not that infamous leaf is really what it says it is.