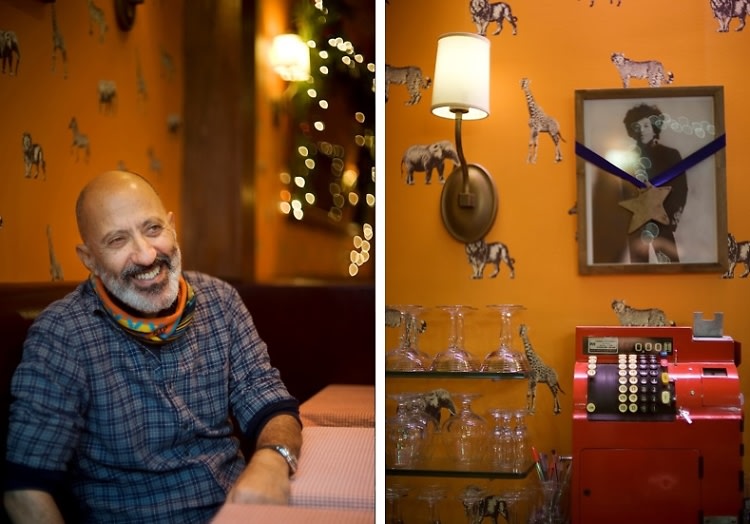 It's not often that we compare restaurant owners to rock stars, but when it comes to Luc Levy, it's a no-brainer. The Moroccan-born culinary entrepreneur already has an impressive reputation in New York due to his cultivation of one of our favorite hot spots, Café Gitane, but has been making waves with his newest venture, Antonioni's, opened in 2014. In honor of the eclectic eatery's new brunch offerings, we stopped by for a bite and a chat with the legend, who told us all about his '70s nightlife beginnings (which included accommodating David Bowie) and the path to realizing his childhood promise of opening a restaurant with friend Ralph Toledano, the Chairman of the Fédération Française de la Couture. Click through for an eye-opening look at the man behind some of the city's coolest spots (and Levy's first interview in 20 years!).