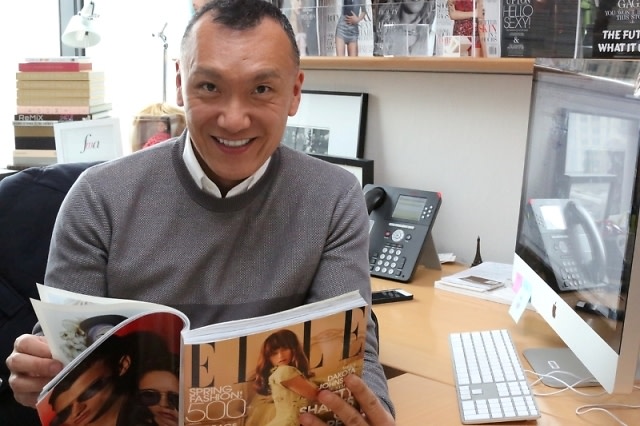 The many hats worn by Mr. Joe Zee may be varied, but if there's one thing they have in common, it's that they're all impeccably chic. And we're not talking headgear here—from celebrity stylist to red carpet correspondent, the creative director of Elle Magazine is the master of multitasking, dabbling in the diverse universe of fashion at every end. He's the host of two television series on the Sundance Channel, including "All on the Line with Joe Zee," where he whips struggling labels into shape; he regularly works with ET and TVGN for major award show coverage; and with over 200,000 Twitter followers and an active Instagram feed, he can also add "social media maven" to his list of skills.

But while his schedule is already jam-packed with jet-setting, TV appearances, and fashion shows around the world, the inexhaustible Zee has decided to try his hand at yet another aspect of the industry he knows so well: designing! Styled By Joe Zee is his new collection with QVC, where comfort and sophistication meld to bring women accessible fashion without the anxiety. Since that sounded like a shopping dream come true for us, we decided to visit the Joe-of-all-trades at his Elle Magazine (corner!) office to chat him up about his latest venture, his favorite spots between NYC and LA, and his go-to advice for aspiring fashionistas.