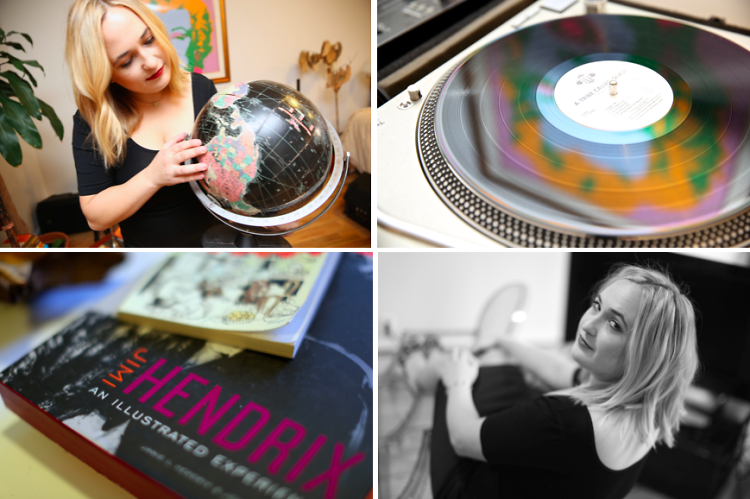 For a Cali girl who counts Lo Bosworth and Lauren Conrad of Laguna Beach fame as some of her BFFs, it's no wonder Jilly Hendrix finds inspiration in the nostalgic scents of fresh air and sandy beaches (spoiler alert - some of her favorite candles come from the Glade® collection) reminiscent of her hometown. These days, the new New Yorker has been making a name for herself as a certified DJ spinning at some of the hottest spots in the city. And, while she's invested her time in taking her DJ career to the next level, Ms. Hendrix hardly has a one-track mind. In her spare time, she hosts an interview series called "Having a Whiskey with Jilly Hendrix," where she speaks to some of the coolest up-and-comers in the biz. We caught up with the DJ/writer/social media guru in her East Village home to talk inspirations from Bob Dylan to Bill Murray and more!