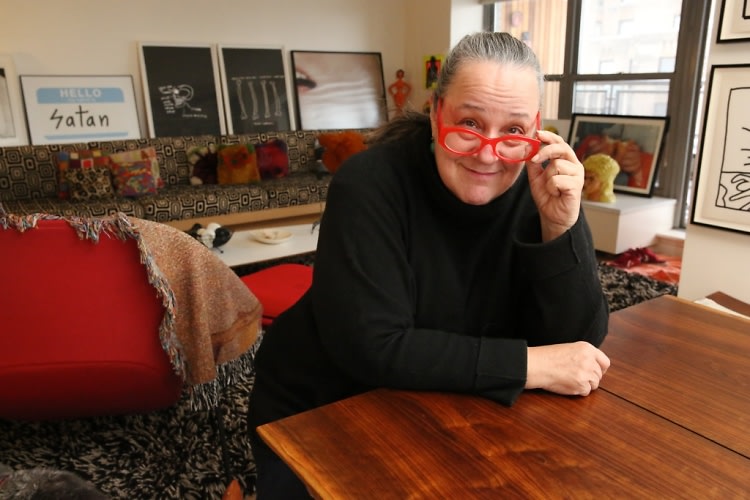 It's not every day that your indie venture turns 30, and so Kim Hastreiter has a reason to smile. And with her iconic red glasses perched atop her nose and her adorable fluffy pup by her side, the downtown dabbler behind Paper Magazine certainly smiles like someone who's been lucky enough to do what they love for over three decades, all while leading a fabulous life on the way. Though she cites the creative geniuses she surrounds herself with as the ultimate source of inspiration, Kim herself has been a major cultural curator of the evolving New York scene since before she launched Paper back in 1984. Let's just say that when Bill Cunningham brings you into the biz, chances are you've got a bright future ahead.

A beacon of the city's eccentric underside, Paper has always been the go-to publication for the artists, the nightcrawlers, and the fashion folk looking for the next best innovation to know about first. And while the creative side of New York may have changed over the years, the mission of Paper has successfully held its ground, if not gotten stronger. So in honor of the mag's big milestone, we sat down with Kim in her colorful 19th-story Greenwich Village apartment to gain some insight into her inspired life, and talk art, fashion, and the expansion of "downtown America."