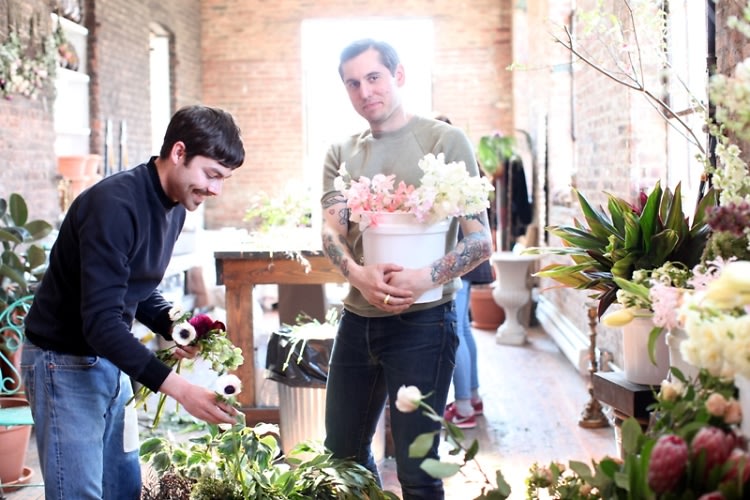 One of the best things about New York is that anyone can be a "celebrity" a-lot-of-things. A celebrity chef whose new restaurant you just have to try, a celebrity photographer whose new work is just beyond. Even a celebrity dentist, who gets Anna Wintour's teeth looking flawless. But celebrity florists? Michael and Darroch Putnam of Putnam & Putnam might just be the sole owners of that title, in the city's most well-heeled circles, at least. The couple, whose flower business is blooming (pun intended) thanks to their eye for design and magic hands, have become two of the most sought-after florists in the city thanks to high profile jobs with magazines, designers, and more. Chances are you've Instagrammed one of their arrangements at the last chic dinner party you've attended. With spring in the air and flowers on our mind, we stopped by their Brooklyn studio to talk fashion, florals, and the best way to bring nature into your one-bedroom walk up.

[You Should Know: Michael & Darroch Putnam]