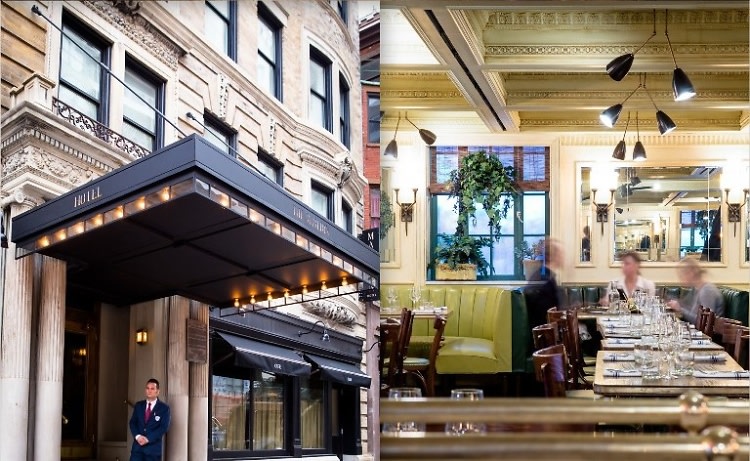 Literary greats like Jack Kerouac, Neal Cassady and other figures from the Beat Generation used The Marlton Hotel as their NYC haven, once upon a time. Now, with the reopening of the hotel, Sean MacPherson (Bowery Hotel, The Jane, The Maritime) is drawing in a whole new generation of New York creatives to the historic establishment. And with the hotel's restaurant, Margaux, officially open just in time for Fashion Week, you can expect to see even more A-list names continue to descend upon the Greenwich Village location. Whether it's the Parisian charm or the Mediterranean-style cuisine from Executive Chefs Jeremy Blutstein and Michael Reardon, Margaux has decidedly become the new hotspot that New Yorkers are buzzing about, not an easy task in a city with a constant revolving door of "cool." “I try to build things that people may not talk about, but they’re places that people naturally gravitate towards,” MacPherson told the New York Post. Perhaps it's that same seemingly carefree attitude that has made Margaux such a hit among the likes of Sarah Jessica Parker, Olivier Theyskens and Lauren Bush Lauren. MacPherson took some time out to chat with us about his new restaurant, so click through to find out why we're calling Margaux your new go-to in NYC.

*Disclaimer: the owner of the site, Rachelle Hruska, is married to the Marlton Hotel/Margaux owner Sean MacPherson.