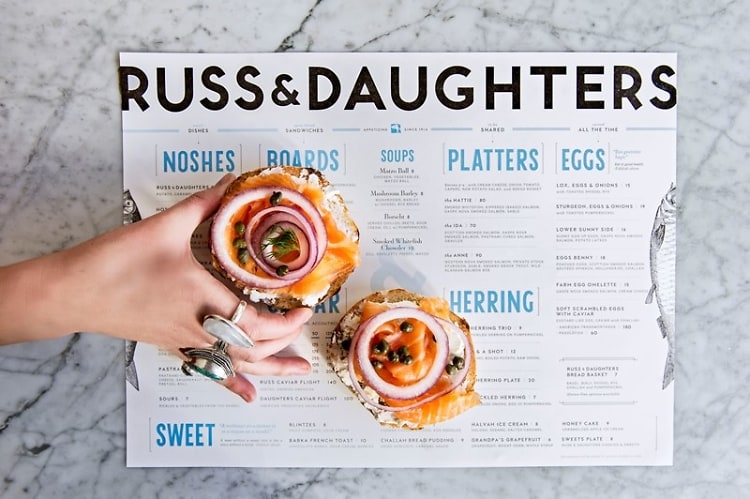 Last year, Russ & Daughters celebrated its 100 year anniversary by opening a brand new café on Orchard Street, only a few streets away from the original store that opened in 1914. At the turn of the century, Manhattan’s Lower East Side was one of the most densely populated districts in the world, and Russ & Daughters opened along with hundreds of other spots selling traditional Jewish foods to the wealth of immigrants occupying the area. Yet as the years rolled by and new food industries came and went, Russ & Daughters remained one of the few sellers of Jewish foods to survive the changing times. Through wars, demographic change, and a restless food industry, Russ and Daughters have remained a solid entity on New York’s culinary landscape.

Just this year, The Sturgeon Queens went into production, a feature-length documentary telling the story of "100 years, 4 generations, 1,800,000 pounds of pickled herring." Narrated by old customers with interviews from the store’s loyal celebrity regulars, the film illustrates the breadth of Russ & Daughters’ following. "On any given day, you can have A-listers next to old ladies with their shopping carts, next to tourists…" Niki, a fourth generation Russ, tells us, "there’s a very democratic feel to the place."