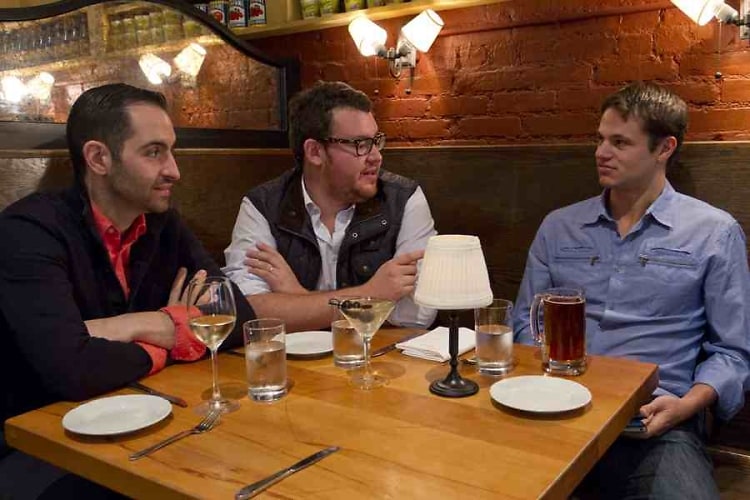 Many consider cooking a form of art. And few would deny that what Mario Carbone and Rich Torrisi are concocting in their kitchen at Torrisi is anything less than that. But they, along with their partner Jeff Zalaznick, have extended their art beyond the kitchen. What is fine dining in NYC? What can be novel or innovative in an industry drowning in a post- Batali era?

Try as they might to formulate fashionable menus based around regional Italian flavors, our Goodfellas were unsatisfied. It wasn’t right. It didn’t feel inventive. They dug deeper. And, what they unearthed was something that was in them all along. They weren’t Italians living in America; they were American-Italians! And they thought it was the perfect time to start celebrating the cuisine that they grew up on, the very one that had been disregarded in the high-end NYC culinary world that they had evolved from.

Last week, they were awarded a Michelin Star, THE international stamp of approval in the restaurant industry. It is a first time accomplishment for both a restaurant on Mulberry Street to win a star and one that serves Italian-American cuisine (as opposed to Italian cuisine from Italy). We're not talkin' pomodoro, we're talkin' red sauce, yo. I met with Mario, Jeff and Rich the day after their celebration party for said star. I was inspired by their palpable excitement and, more over, by the story of how they had to travel all over the fine dining world only to end up back home on Mulberry Street.

All photos by Porter Hovey.