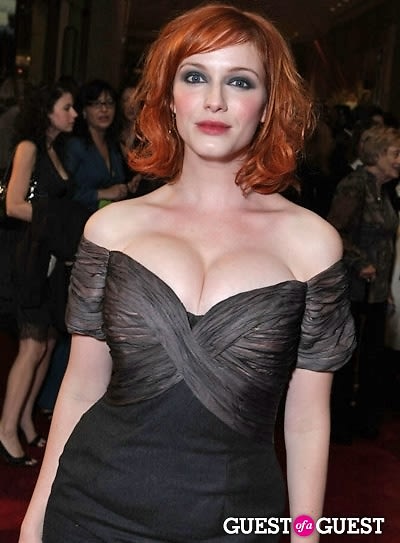 The red carpet at last night’s opening of House of Walker, the Johnnie Walker pop-up lounge, was black—which was just as well, because the radiant, scarlet-clad guest of honor, Mad Men star Christina Hendricks, was herself enough red for all Lower Manhattan.

We gather that Hendricks is a natural blonde, and we couldn’t help but ask, in the overwhelming vermillion of her presence, where the impeccable self-knowledge that she was the world’s most exquisite redhead had come from.

“I just always felt like a redhead I guess, ever since I was little,” she said.

Prodded, Hendricks confirmed that she’s been mending God’s oversight since she was ten or so:

"Well, I admired many actresses that were redheads and I was always drawn to it and it just seemed like I was born into the wrong hair color!” 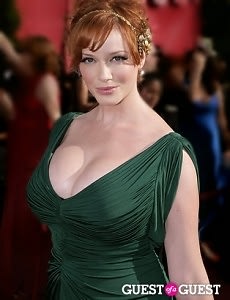 Joined by her husband, actor Geoffrey Arend, in a cozy couch-enclave of the pop-art-garnished pop-up lounge (exposed piping, whitewashed brick walls adorned with a monumental pun: KEEP WALKING), and later at the tasting bar for a guided tour of the palate with JW “brandmaster” Stephen Wilson, the bonny star sipped steadily but demurely at her Blue Label and George V malts throughout the evening. Old Fashioneds, which can be concocted with Johnnie Walker, were available from the bar, but Ms. Hendricks refrained from tampering with the whiskey:

“I do make Old Fashioneds, but I do have to say I like it simple. I just like it on the rocks.”

Does Hendricks share the libatious proclivities of her obliging television persona Ms. Holloway? To a point.

"I have to say, Joan seems to drink what’s given her; I prefer my scotch.”