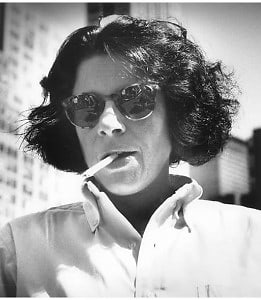 We've talked before about the duality of Fran Lebowitz, the outlandish writer whose gregarious literary persona also comes coupled with a mysterious (and as such, intriguing) privacy.

So when we caught her last night at the New York Landmarks Conservancy's 2010 Living Landmarks Celebration at the Plaza, we wanted to know when she'd come out her (bespoke-suited) shell:

Sporting a sleekly tailored number from Savil Row's Anderson & Sheppard, Leibowitz told us more will be revealed about her come November 22.

"Marty Scorsese made a movie about me that's coming out in a couple weeks," she said vague. "It presents me quite well, because Marty Scorcese is coming along, if you know what I mean,"

she said dryly, implying something of a rising stardom for the already established director (whom she quite enjoyed referencing by nickname). 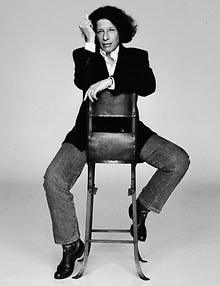 As Lebowitz spoke to us, with Carter nearby, something struck us about the incestuousness of the gliterary coterie involved (z.B. Carter owns The Waverly Inn) that makes this cinematic venture something of a circle jerk.

Lebowitz, who got her start when Andy Warhol took her on in the '70s to write for Interview magazine,  has been known for her mordant social commentary in books like Metropolitan Life and Social Studies. In the new film she addresses gender, gay rights, and her favorite pastime: complaining. 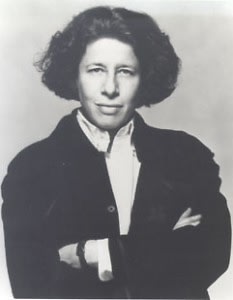 Complaining is an interesting element in Lebowitz's ever-the-curmudgeon personality (the foundation of her humor, natch) given that it is such a part of her reluctant relationship with New York. She carped about the city in a 2002 interview with Mr. Beller's Neighborhood, and she told us last night that she actually moved out of the city for a while to Princeton, New Jersey. Her apartment building underwent extensive renovations, and she had a few pals in the storied university town including architect Michael Graves (who found her a house) and Logan Fox, a bookseller who owned Micawber Books.

Because of her acerbic wit, Leibowitz has been likened to Dorothy Parker, but we suggested to her--based on her literary bent and her refusal to subscribe to a gender binary--that she mirrored Gertrude Stein; she eschewed the latter association, but had some curiously Steinian phrasing when we prodded her describe the new movie's portrayal of Lebowitz:

Huh? This sort of ponderous elliptical mirrors the circuitous prose quality of the Lost Generation's maven, and we took it upon ourselves to confirm the association officially.

But as the movie presents her in her return to New York and her commitment to the vicissitudes of the city--as she balances this scrabby artistic vibe while immersed in the grandiosity of high society and hob-knobery--she had these words about the two elements it takes to make it here:

"Sticktuitiveness and the belief that eventually these tourists will go home. And I believe they will!"

She then returned, with a slightly affected hunch (almost a posed cocktail hour obeisance) to her circle. [Images via TheSuperTrampSkinny,Vanity Fair, William Morris Endeavor]