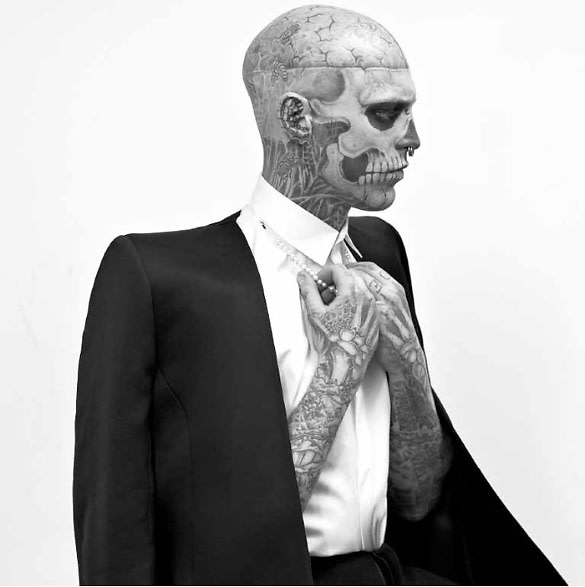 While Halloween is still over a month away, one could argue that New York Fashion Week is a precursor of those costumed festivities, as there are plenty of curious characters in town stopping traffic with their outfits. But no one brings "freaky" to fashion quite like Rick Genest (A.K.A. Rico The Zombie, A.K.A Zombie Boy), the tattooed MUGLER muse who took the runways by storm after being discovered by former creative director of the brand, Nicola Formichetti. This season, however, Genest took a break from the whirlwind of NYFW to focus on his newest pursuit—music. At sunglasses designer Stevie Boi's after party at Webster Hall last week, he premiered Zombie Boy vs. The world, his rock and roll project that had even the most well-heeled guests jumping.  We sat down with the more goofy than ghoulish "Zombie Boy" before his performance to talk tunes, travel, and taking over the world. Trust us, it seems that he just might.