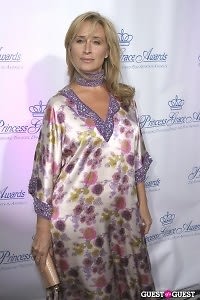 For quite some time, I've been resisting an urge to indulge in an anthropological study of housewives. As a young (if nubile) young man, I fear that I am prime prey for these creatures. Last night I overcame my trepidation when film guru Eli Obus shot my interview with Sonja Morgan.

It has long been my thought that these soi-disantes housewives are up to no good--concocting spats among themselves for publicity that they then use to lure male, twenty-something cubs into their dens of iniquity.  It's not that I was overly analytical about the identity of the housewife within my understanding of the modern woman. In fact, my distrust, I suppose, found its origin in ignorance. Though I can reluctantly admit to having seen "Dancing with the Stars" and "The Millionaire Matchmaker" (I've promised to make a sort of Faustian agreement with Patti Stanger), I cannot confess to having seen any episode of "Real Housewives of New York City."

Having met Countess LuAnn de Lesseps a few weeks back, I worked up the courage at the 28th Annual Princess Grace Awards Gala last night at Cipriani 42nd Street to humor my curiosities by chatting with the flirtatious Sonja Morgan. She has famously said, "I have a taste for luxury, and luxury has a taste for me," but last night when I questioned her about the "specter of the cougar" in our culture, she had this to say:

"Oh, darling. Thank God for cougars. Where, where would I go? I mean, as Frank Sinatra said, "Whatever gets you through the night,' right?"

P.S. You may have noticed a little footage of David Schwimmer embedded in this video, and I should note, apropos de rien, that he is sort of my mortal enemy; the association of my first name with his "Ross" character on "Friends" threatened to ruin my childhood for most of the 90s.