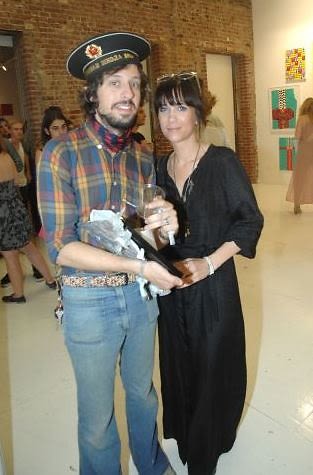 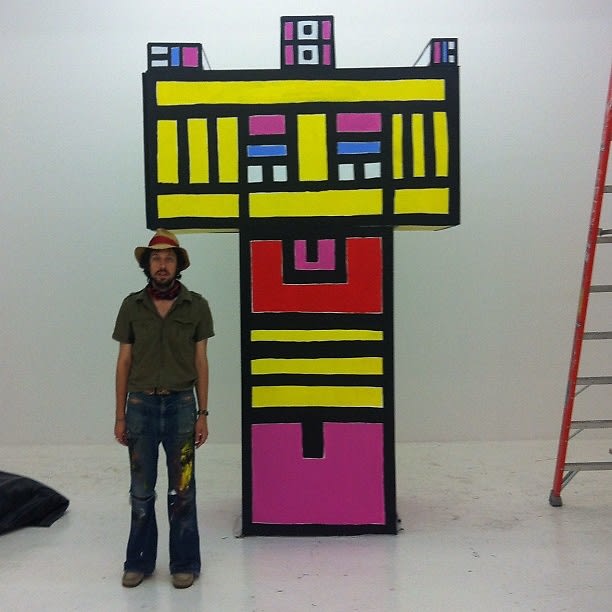 Adam Green's latest art exhibit, Houseface, may be the closest outsiders can get to the way Green's mind works. Audiences can finally witness the brain functions of an artist --- driven by colors, shapes, and childhood nostalgia. I visited The Hole Gallery on Thursday, August 16th, to talk to Adam Green about his opening, his iPhone film The Wrong Ferrari, and the building blocks that make up his new series.

Houseface is Green's effort to simply, and aesthetically, demonstrate the things he likes to the public audience. Green uses three staple cartoon characters, Elmo, Big Bird, and Garfield, as motifs throughout Houseface. Houseface then evolves into a architecturally inspired art made up of extreme close ups of the main three cartoon subjects. The cartoons become color blocks, or as Green calls them, "Zooms", used to make buildings like Hotels, Power Plants, and Main Frame Computers, in the way that children build structures out of legos.

When I met Green, a few hours shy of his opening, he was dressed in the style of a story book character from the 1960s as he was clad in worn flare jeans, a vintage button down, a woven sun hat, and a decorative silk scarf tied firmly around his neck.

As he showed me his process and how the pieces each were a chapter of a larger story, I too, felt like I was being transported into an adventure book, where Big Bird, Elmo, and Garfield where reconstructed and redefined by Adam Green, a character greater and more dynamic than the cartoons mentioned above.

We began the tour. [Adam points to the first collection on the front wall of The Hole gallery.] 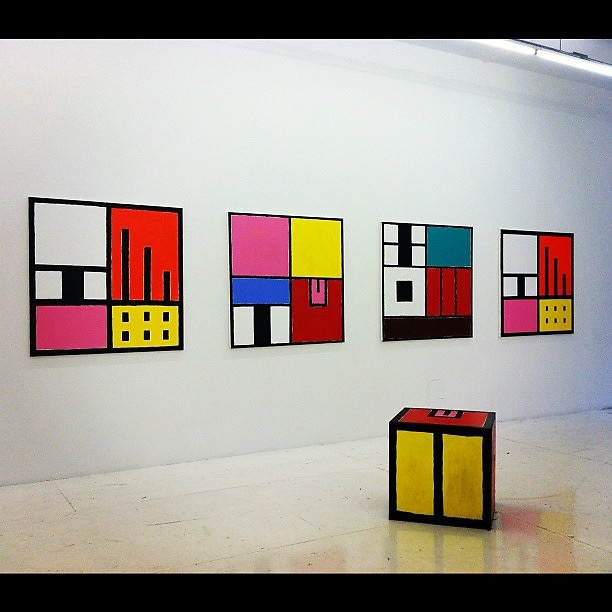 This is a starter. They are called Zooms. It's a system of design. There's these 3 cartoon characters that make up the building blocks for the show. Garfield, Elmo, and Big Bird. I wanted to show that this system could work with varying line qualities. So now we have these blocks. I was thinking of them as textiles. Then people would ask me if they were buildings. And I thought, maybe they do resemble buildings. So I started to think about them from an architectural stand point.

Since for a lot of these, the idea is architecture and building, do you see yourself building things for future projects?

Yes, I would like Houseface to be a style of architecture or design, as much as it could be. Even if it is not considered to be a system, since the rules are fairly arbitrary, everyone should just come up with their own Houseface that they like. That's cool. That can be a part of it.  You can come up with deconstructions of your own sentimental things. I definitely think that it is more life affirming to build things out of things you like, because they remind you of other things that you like. It humanizes the object and makes it seem less disposable. That was my biggest attempt with this project, to make something that you don't want to throw out.

I was very excited by Gaudi's work when I saw it in Barcelona. I was influenced by it. But Houseface is a really simple idea.

It's simple but no one has ever thought of it before you.

I don't know why.

I think it is fun, child like, and beautiful. I read on your Twitter (@averagecabbage) that you identified yourself as a Crayon Artist.

A Crayonist. The truth is that I draw a lot of these designs with crayon before I actually paint them. 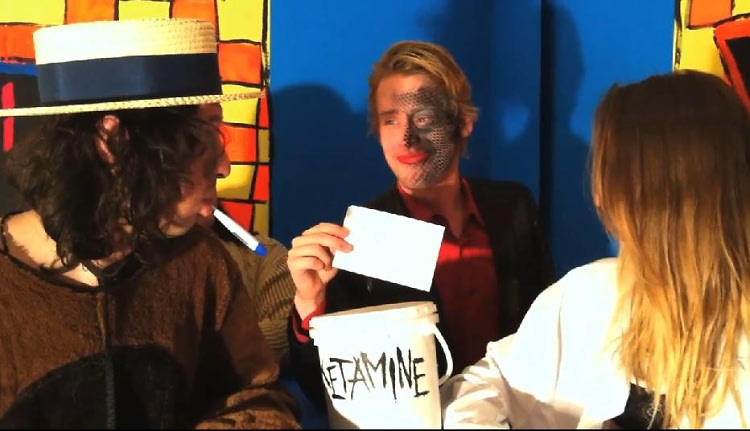 [Macaulay Culkin in The Wrong Ferrari via]

[We continued the tour into the back room of The Hole where The Wrong Ferrari was being projected on the wall with a large installation to the side of it.]

This is the set for the Wrong Ferrari. A movie I directed. We have [the film] The Wrong Ferarri, on display so people can see it. Then I thought it would be fun for people to see what we actually had to build to make the movie. We filmed much of it in Macaulay Culkin's house. This was a installation in his house. He kept it up for a year just because he liked it so much as an installation.

How did you fall into making The Wrong Ferarri?

There was a period of introspection that proceeded my turning 30. I went on a sort of exceptionally long bender that lasted a year and a half. I had then started painting and filming The Wrong Ferrari. I also made a blog called The Lake Room. A sort of journal/online diary. I was living very exhibitionistically. The Wrong Ferarri is an attempt to realize what I am doing and what I am going to do next. I wanted it to be a colorful movie. Originally I wanted to make a movie out of Macaulay Culkin's book, Junior, we talked about it, me and Cory Kennedy wrote a script. But it all totally fell threw. 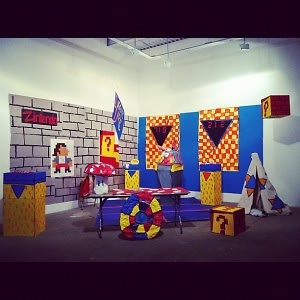 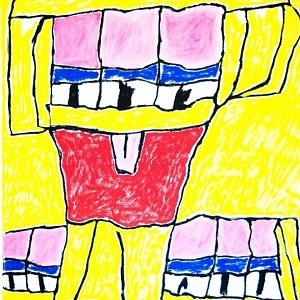 A bunch of drama. We couldn't get any further in on the script. Instead of abandoning the idea, I decided to still make a movie, just not about Junior, so I got back to filming, and made The Wrong Ferrari. The Wrong Ferarri is the way it is because I am a song writer and I saw the script and read the words as lyrics and saw the opportunity to make a poem into a movie. I saw it as an Allen Ginsberg poem being turned into a movie. I really wanted it to be entertaining. Humorous and stuff. I was also interested in theater over lapping with real life. The lines I gave people were lines that vaguely played on their own persona.

Yes, the film had a surreal quality to it.

The Wrong Ferrari would be really great with an extended notes feature with a ton of foot notes. The things the characters are saying often have to do with what they would say in real life in accordance to my relationships to them.

The Wrong Ferrari sounds like a very personal film. How long did it take you to shoot it?

It is very personal. It took me 6 months to shoot it. The quality of the iPhone picture is not as good as the sound. It was really flawed. I had to over dub the entire movie like a Felini film. I spent 6 weeks over dubbing the lines. 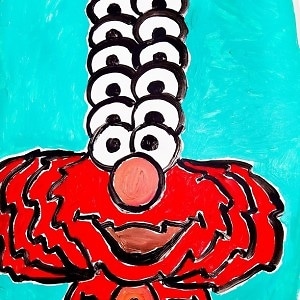 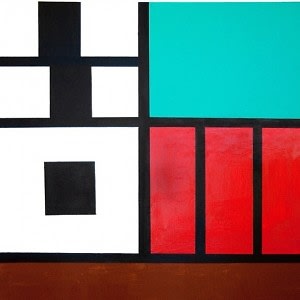 So you had to go back to all of the characters and have them re-record the lines?

Exactly. And when they couldn't come in, I had to over dub with someone else. Devendra Banhart's voice is over dubbed with Evan Dando. It is basically like a cartoon. It is a dialogue driven movie.

What made you use the iPhone to film the entire movie?

Because I didn't know how to use any other camera. I am a perfect example of the kind of consumer that is effected by consumer technology. I wasn't interested in photography until I got the iPhone. 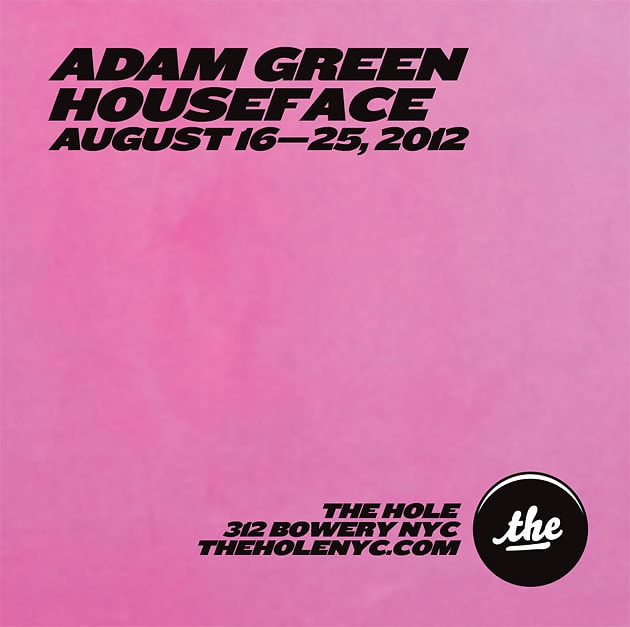 Do you think there is a future in more artists making iPhone movies?

I definitely thought so at the time. I don't understand why more movies, in the future, wouldn't be more similar to The Wrong Ferarri than the movies that are coming out now. Like romantic comedies and those kinds of things. But that's what I thought, and it's been a couple of years, and that's not the case at all. I don't even know why people don't make feature films on their phones. The Wrong Ferrari is either really before it's time or no one cares.

Adam Green's Houseface will be on display at The Hole until August 25th.