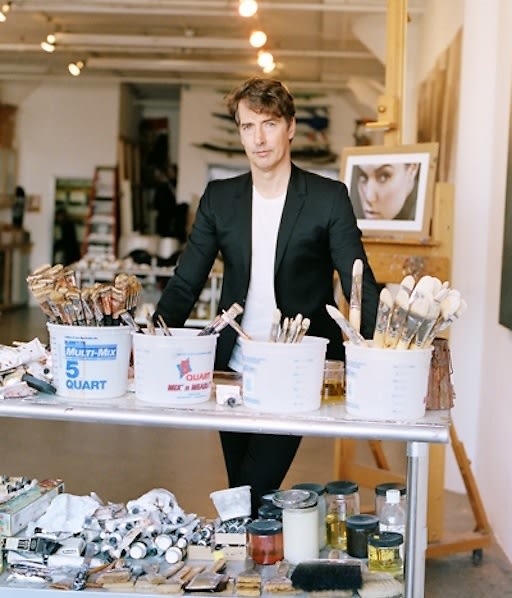 Richard Phillips forged his skills out of the bustling '80s art movement, and has since grown to become one of pop-art's modern champions. Though he's gained fame from his projects with celebrities like Lindsay Lohan and on shows like Gossip Girl, his work offers far more depth. His paintings are best consumed in-person, where the large scale, vivid imagery envelops the viewer, while social and political themes slowly creep up and take hold. As a staple in the nightlife scene, we bumped into Richard at a handful of art and fashion parties this year, before we finally sat down with him. He spoke to us on everything from his favorite restaurants to what it really means to be an artist today. Read on for insights from one of the most prominent NYC artists right now.