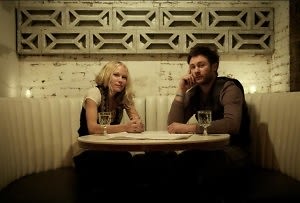 Christopher and Heather Tierney (the brother/sister duo behind Apotheke) just opened up shop on Doyers Street with their latest venture, Pulqueria. For those of you who don't know, pulquerias are popular versions of a bar/lounge in Mexican culture - often times with detailed Aztec murals and floors covered in alcohol. The drink of choice? The mysterious pulque. The Tierney siblings are now attempting to bring this Mexican flair to Chinatown. We got a chance to talk to Tierney kids' about their new spot...

What is the vibe that Pulqueria is going for? How will it differ from your previous endeavors, i.e. Apotheke?

Fresh, exciting, and fun. Per Apotheke, its a completely different concept, but equally an original experience. Pulqueria draws inspiration from ancient Aztec culture and the street markets of Mexico City. 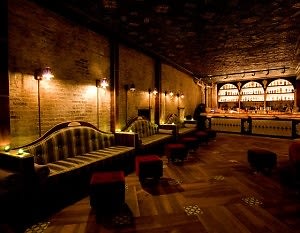 It is also located on doyers- why this location? Are you planning on taking over the block?

We chose Doyers Street because we saw a need for a restaurant in the area. There is a great synergy between Apotheke and Pulqueria. Apotheke draws a nightly crowd for drinks, but there isn't a place to dine before or after having a cocktail at Apotheke. The Chinese restaurants in the area shut early and don't allow you to continue the experience Apotheke provides. The Vietnamese restaurant next door became available so we decided to develop a new restaurant concept there.

Will the drink menu have any similarities to Apotheke?

Yes and no. Our house cocktails are prepared with the same fresh and greenmarket produce and mixed with the same expertise and care as Apotheke, but focus on blending the tequila and mezcal with classic Mexico City flare. For example, the "Jarrito Loco" is a classic Mexico City street cooler of tequila, grapefruit soda, pineapple, with a chile rim.

Any new drinks that you are excited about?

Pulque - the namesake drink of course. We will be the only bar in New York to serve it! We discovered it on a research trip to Mexico City, and we thought it was a story that hadn't been told before.

We are also excited to offer Micheladas, a beer cocktail made with plenty of lime juice and chile spices, poured over ice in a tall mug. We have three flavors, the Classic, Green Tomatillo, and Marinera Especial. These are a staple to Mexico City and a must have thirst quencher. We have Negro Modelo and Modelo Especial on tap, which you don't see very often here. We also have sourced some great Mexican wines.

Everything on your menu is from Mexico—even our bottled Coca Cola is from Mexico, which is made from distilled sugar cane instead of the processed sugar they use in the US. 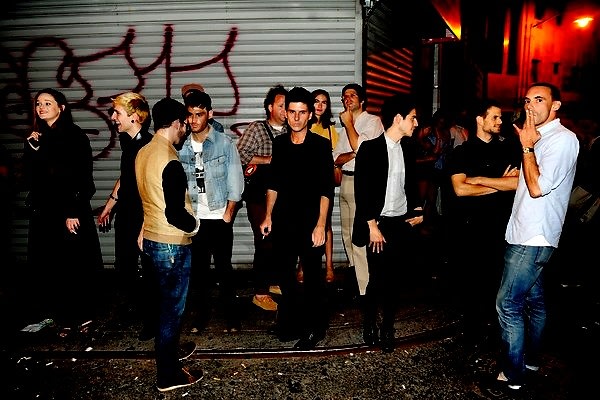 [Party goers hanging out on Doyers Street near Pulqueria and Apotheke at the AnOther Magazine party.]

Tell me more about the pulque you will be serving.

Yes! We will be serving regular pulque and Curados de Pulque fermented pulque cocktails which combine Pulque with puréed fresh fruits and vegtables, and either Tequila or Mezcal. Our curados come in flavors like Watermelon-Epazote, Jicama-Chile and Corn-Pineapple. The story and history of pulque is fascinating. Pulque is older than tequila and stronger than beer. It is a celebrated alcoholic beverage made from the agave plant, which has been steeped in Mexican culture for centuries. Unlike tequila or mezcal, which is distilled from agave, pulque is fermented, sometimes from up to six types of agave plants. The resulting beverage is somewhat cloudy and sweet, similar to coconut water in texture and color.

In ancient Aztec times pulque was the highly esteemed drink of the elders, priests and warriors. It has been deemed “nectar of the lightning gods” due to the ceremonious way that pulque is harvested. The agave fields are oftentimes struck by lightning during the storm season, which causes the plant to naturally ferment and produce pulque.

It is still tradition in pulquerías today for drinkers to pour a drop of pulque out as a sacrifice to the lightning gods.

Will Pulqueria have the same traditions as Mexican ones, i.e. murals, saw dust on the floors, the feeling of a high end social club? 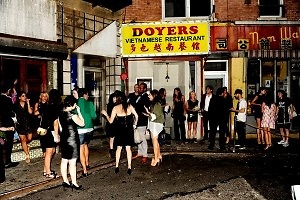 We like to think we've taken the traditions of Mexico and packaged them to offer a sophisticated NYC restaurant experience that maintains the festive roots of Mexican Culture. When we visited some authentic pulquerias in Mexico City, we had no idea how divey they were going to be. The pulquerias in the safer and cleaner parts of the city are more festive and colorful. Really it's the vibrancy of the people and colors around the markets in Mexico that inspired the design.

Why have you decided to place a bar that is so heavily related to Mexican culture in Chinatown?

One of the things that makes Apotheke so alluring is that it doesn't belong on the street. When you step inside, you step out of a Chinatown alleyway into another world, inspired by old European apothecaries. Similarly, Pulqueria, will provide a portal to a different place. We often talk about how great it would be for someone to ask a New Yorker, "Where can I find authentic Mexican food" and their answer to be "Chinatown."

The AnOther magazine party was huge - is Pulqueria going to be a party hot spot?

That was a fun party. It is a great venue for events, but we plan to succeed as a restaurant as that is our main business. 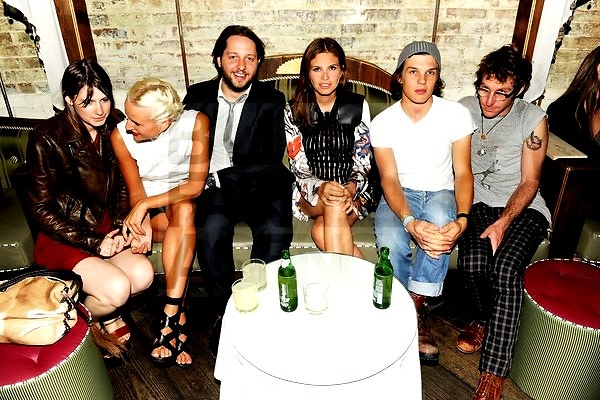 Will the door be as tough as Apotheke?

I wouldn't say the door at Apotheke is tough per se. It's just that we are a small bar and have a limited capacity. Pulqueria is a bigger space—it's a 75-seat restaurant and a 35-seat bar, so that means we can accommodate more guests.

What type of crowd are you expecting to draw in?

We like to think of a good crowd as having a little bit of everything to make it interesting. We would love to draw some Mexican expats who have a keen interest in Mexican street food, good tequila and pulque.