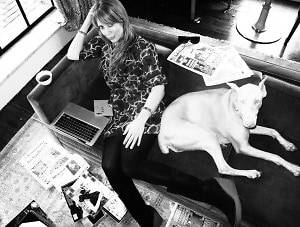 Peter Gatien is arguably heralded as the King of New York City nightlife by most in the business. But his reign of the 80's and 90's underground club scene (with ownership of Limelight, Tunnel, Palladium, and Club USA) came crumbling apart after Mayor Guiliani cracked down with the cops, and pegged Gatien as the face of the downfall of the nightlife counterculture. Now, his daughter, successful filmmaker Jen Gatien, delves into the shift that happened in New York City nightlife during Giuliani's mayor-ship with her documentary Limelight which premieres tonight at Sunshine Cinemas. She talked to us about her film, her father, and the current state of New York nightlife. [Photo via]

Limelight is premiering and it's mostly about your father and the club scene he built in the 80's and 90's - and how the reign of Giuliani changed the atmosphere completely afterwards. Is your documentary intended to show the other side of Giuliani, not just as the guy who cleaned up NYC, but perhaps a different side?

The documentary looks at Giuliani's campaign on nightlife -- it sort of came after his clean up campaign on the city. Giuliani needed to show that he was active and when the city was overrun with cops, they had a lot of spare time on their hands. 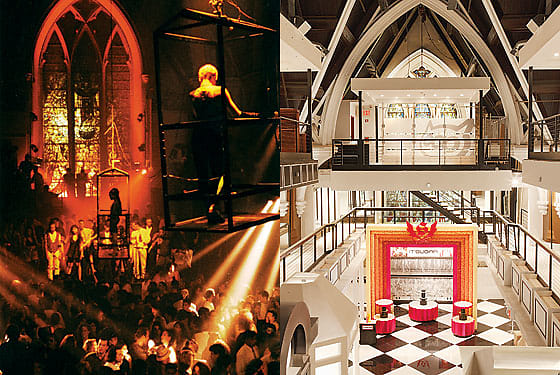 [Above, Limelight during it's nightclub days (left), and present day as shopping center (right)]

What are your thoughts on the newer, cleaner NYC nightlife as opposed to the NYC when your father ruled nightlife? (I'm thinking in particular how Palladium is now a state of the art NYU dorm.)

I feel like the nightlife hierarchy paradigm shifted. There was a time when a black Amex could not get you into a club. Now you can't sit down unless you are willing to spend a minimum on bottles. Getting into the VIP room took a lot more than having money which is what rules the velvet ropes now.

Besides your father's clubs, are there any other owners/clubs you delve into with the film?

The film gets into my father's story as he was the poster boy for nightlife. Other nightclub owners did not have the spotlight on their establishments, so the director chose to essentially rebuild the government's case against my father using their witnesses and informants. 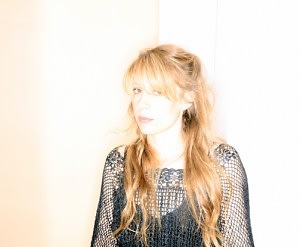 How did you involve or separate yourself from the film contents? Was it somewhat cathartic to make a film about a large part of your life?

Every director I have ever worked with has had final cut. I wanted Billy Corben to have that same artistic freedom. I was a producer on the film and maintained that role knowing that Billy was reading court transcripts and thoroughly researching. I knew I may not like the outcome, but it was a chance I was willing to take.

What are the reasons to turn the Limelight story into a movie? and how would you say it differs from 2003 film Party Monster with Macaulay Culkin?

LIMELIGHT is a very socio-political crime thriller rather than a love letter to the Limelight. I think PARTY MONSTER focused exclusively on club kid culture.

Who/what were some of Peter Gatien's biggest influences and inspiration, and your inspiration?

My dad was inspired by the people around him-- Eric Goode, Maripol, Susanne Bartsch. I am totally obsessed with film and the great auteurs-- Cassavetes, Zulawski, Nichols, Argento. Hey-- we both like the window shades closed! 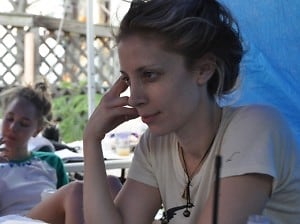 Being the daughter of Peter Gatien, did you start clubbing at a young age?

It is more like, in spite of my father I started clubbing at a young age.

Where do you usually go out now?

It used to be Tunnel and Limelight. Now I go to the Bowery Hotel and the Smile. I am a creature of habit regardless of what decade we are in.

More on the film, premiering tonight: 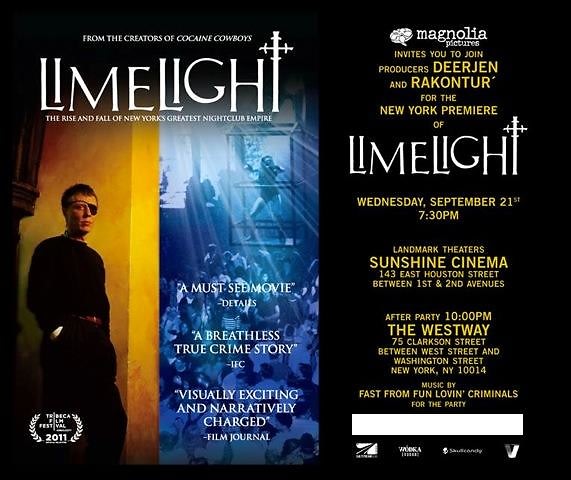 The director of the film is Billy Corben, most notable for his film Cocaine Cowboys and the film will include Chloe Sevigny, Jeremy Scott, Moby, Lady Miss Kier, Jean Paul Gaulthier, and Mark Wahlberg in the archival footage. The premiere is tonight and the official release will be September 23rd.