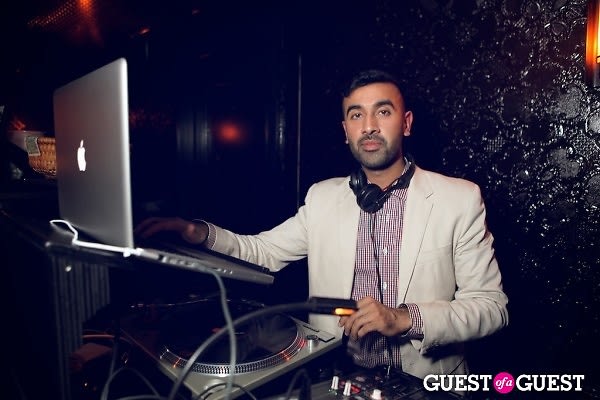 Earlier this month, DJ Vikas Sapra spun at party that isn't typical for a Brooklyn-based DJ, whose regular gigs include NYC hot-spots like Catch, Mister, H, and the Electric Room. But then again, Vikas Sapra isn't your typical Brooklyn-based DJ, and it's not entirely surprising that Sapra landed the spot to spin for President Obama at the Democratic National Convention last week.

He had to miss Fashion's Night Out in order to be in Charlotte to play for the President at the Convention's official closing party, but he didn't waste any time making sure his Fashion Week was jam-packed with gigs upon his return. From his unlikely beginnings and how he got his start, to how the busy DJ fills his days, see what DJ Vikas Sapra had to say!

Can you tell us a little bit about yourself. Where are you from? What was your childhood like?

Bridge and Tunnel by birth, I grew up in Upper Saddle River, New Jersey and am the product of Punjabi parents – a region in India known for bhangra, chicken tikka, and festive dance-offs. Being the first-born of first-generation Indians, I spent summers at math camp (true story) and not taking day trips to the city like the rest of my friends. That said, my parents were always supportive and instilled a work ethic in me that pays off to this day. In a video of my 3rd birthday my mom and I are dancing to Donna Summer’s “Hot Stuff.” I have her to blame for my love of all things disco. 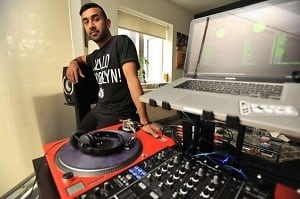 How long have you been in NYC for? What brought you here?

I moved to NYC in 1998 to attend The Stern School of Business at NYU.

We know you left your corporate job to become a DJ. (very risky!) Tell us more about your job on Wall Street. Can you tell us how you initially got into DJing?

While at Stern I worked as a summer analyst at the investment banks of Morgan Stanley and Houlihan Lokey, where I crunched numbers and worked 90+ hours/week. I was offered jobs at a few different banks but decided I wanted a job that provided more autonomy and a tangible product.

I ended up taking a significant pay cut and moving to Princeton, NJ to join a rigorous management program at a company called McMaster-Carr, the nation’s leading industrial supply distributor. While at McMaster, I also started graduate school part-time at NYU, where I studied collaborative social technologies under the tutelage of Dennis Crowley, founder of Foursquare.

I quit my job in 2007 to head up business development for a tech start-up. During this time I had a much more flexible schedule and decided to DJ with the intention of throwing just one good Indie dance party. So I bought some turntables, made a mix, and handed it to the owner of dive bar by my apartment in the LES (The Skinny). Within 3 months I was getting gigs at prominent downtown parties and decided to leave the corporate world behind. 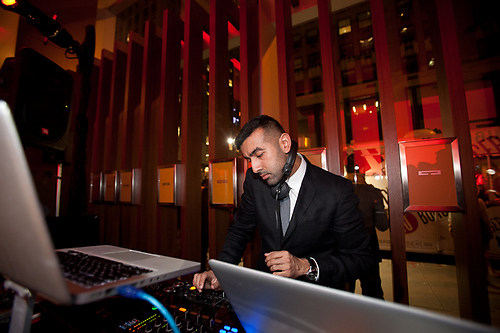 What is the typical day like for you now? What can we find you doing from 9-5?

1:00: Head to Variety Coffee on Graham Avenue for my Caffeine Fix

1:30: Facetime with my brother @vishalsapra. We live together but hardly get to see each other because of our schedules

2:00: Research music (since I play so many different types of venues, I have to stay on top of a lot of genres)

4:30: Wrapping up an interview that was due yesterday (Sorry GofG) [Editor's note: it was actually due last week] 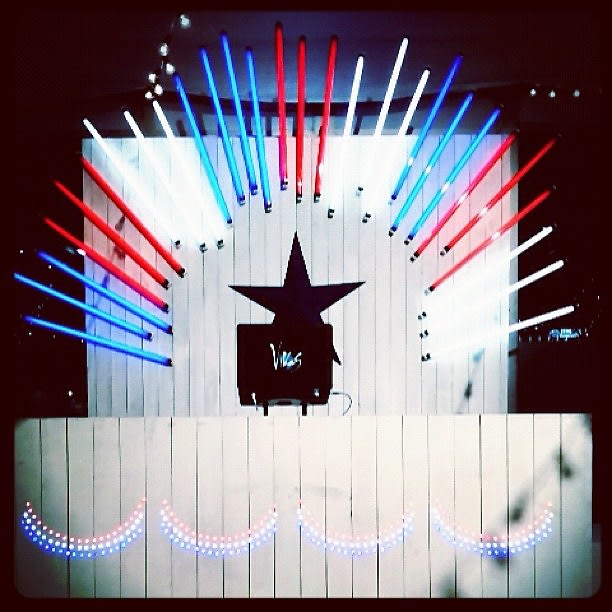 Despite what people think, if you’re a professional DJ, you spend a lot of time by yourself – in the booth and also during the day. As a result we go out a lot – but it’s more for human interaction than the fact that we love nightlife.

When did you first get into the nightlife scene? How would you best describe it?

It’s ironic that I play so many clubs because that has never been my scene. Ever since I was a freshman at NYU, I’d find myself at dive bars or more alternative parties like Misshapes at Luke and Leroy’s and High Voltage at The Annex. The only club I’d go to on occasion was Lotus.

The rise of bottle service has definitely impacted Manhattan nightlife, but I think the pendulum will swing back. I hope that with the money these operators are making, they will curate offshoots that provide a music-oriented experience and make it more accessible to the general public and not just models and ‘clients’ with deep pockets.

Two of my favorite parties occur in Brooklyn and are nothing like the Manhattan scene. The first is Tiki Disco held a few blocks from my house at Roberta’s on Sunday afternoons in the summer. Resident DJs Eli Escobar, Lloydski, and Andy Pry throw a party where everyone ends up letting go of any inhibitions. The second is Mister Sunday (hosted by resident DJs Eamon Harkin and Justin Carter) which is a more wholesome vibe held at The Grove in Carroll Gardens. Local vendors provide the food and booze and every possible age group is present. 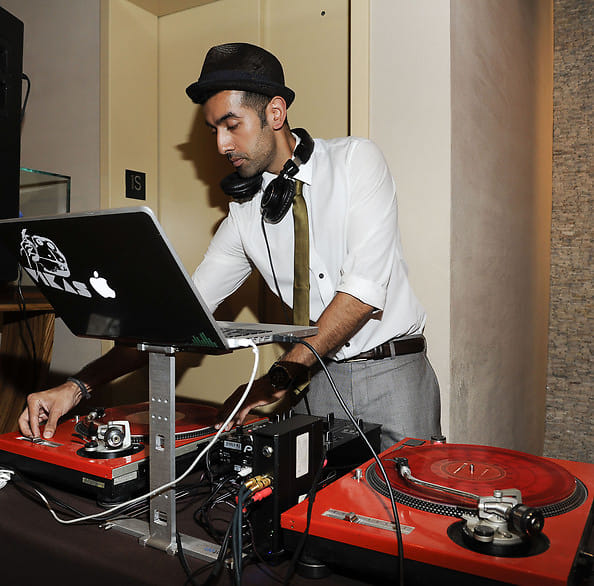 We'd like to know a little more about your experience with NYFW. What events will you be at this year? How would you best describe the crowds at NYFW after parties?

On Fashion’s Night Out I was in Charlotte playing the official closing party for the DNC. There were over a thousand people – packed with celebrities and politicians – and we ended up extending the party an extra hour. At 2:30am there were still over 500 people in the room and MC Hammer was still dancing in front of the DJ booth to R. Kelly’s Stepping in the Name of Love.

This is the first time I haven’t participated in shows during Fashion Week. I was supposed to be in Singapore during FW, but then they moved my dates to next week for Formula 1 instead. So, I’ve just packed the week with gigs.

Fashion Week parties are always the most interesting of the year because you never know what to expect or who you’ll run into. People are also so delirious by the end of the frenzy that they tend to lower their inhibitions as well. 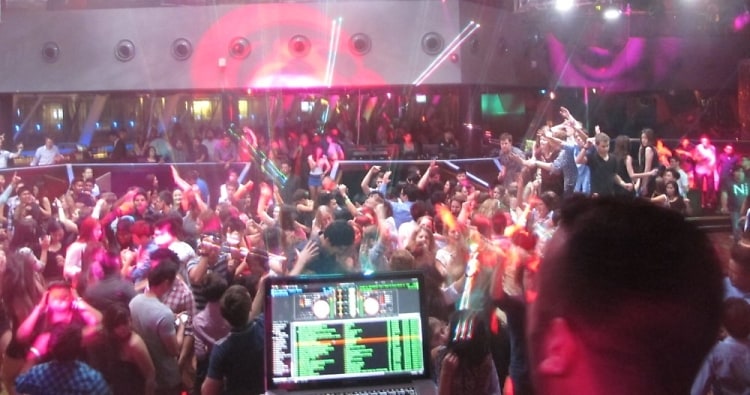 [Vikas Sapra at club Avalon in Singapore via his Facebook]

How many nights are you out a week? What's your favorite place to DJ in NYC right now?

As of late, I’ve been working 6 nights a week and my regular venues are Avenue, PHD, Mister H, Double 7, Catch, and Electric Room. The best party to dance on banquettes is Avenue on Mondays and the most eclectic mix of music is at Double 7 on Fridays. Electric Room on Sundays has also been wild recently. The last two times I’ve played there have gone well past 5am. 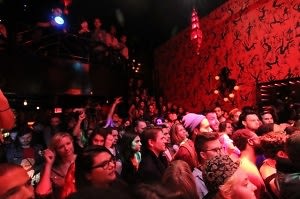 Who has been your role model? Who do you respect most in the industry?

Queen Latifah, because like me, she’s one bad-ass bitch from New Jersey.

One of my closest DJ friends is Mick Boogie. Like me, he went to graduate school and came from a business background. He considers himself an entrepreneur who also happens to excel as a DJ. We also choose to manage ourselves. We share a lot of the same philosophies on life, work, and passion.

Where do you see yourself in the next 5 years?

Same as what I’ve always said. DJing in Space. Richard Branson and I are in talks.

What was your best memory this summer? We know you've been in the Hamptons recently-- what is your favorite thing to do out there?

There were two standouts this summer. The first was playing with one of my musical inspirations, Mark Ronson, at Montauk Beach House. It was a day party where I got to dig deep into my crates and play stuff I normally don’t – like funk, soul, afrobeat, and rare groove. Mark Ronson played a great old school hip-hop set and had the crowd singing along the entire time.

The second highlight was a recent weekend in the Hamptons at The Urban Daddy house, which was the most epic party of the summer. During the day celebrity chef Sam Talbot cooked up a feast. On Saturday night Ryan Leslie performed live. Immediately following the performance about 50 people jumped into the pool, tops came off, tomfoolery ensued. We must have broken a record for the amount of noise violations we committed. Someone probably was impregnated.

Hamptons is the best place to be over the summer because...

It’s closer to Montauk than Manhattan is.

NYC is the best city for...

Running into someone you know when having ‘dinner’ at 5am.