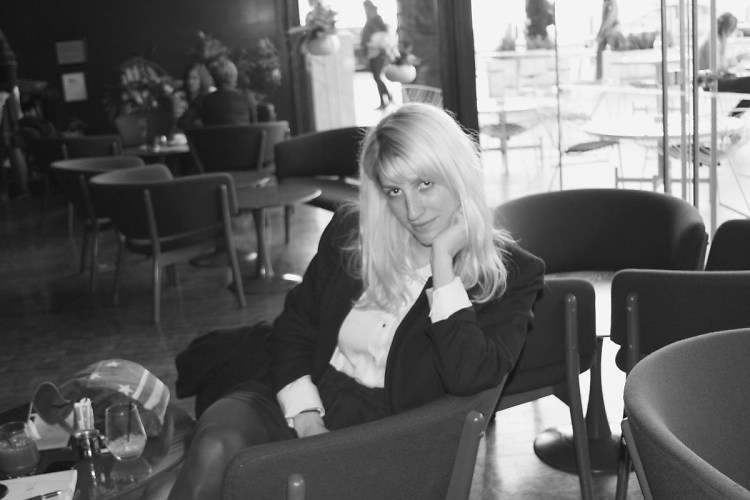 In her web series, Karley Sciortino satirizes Sex and the City’s Carrie Bradshaw (Sarah Jessica Parker), and parodies the character of the sexually curious young female living in the big city. The opening credits of Slutever are even a lo-fi play on the opening credits of Sex and the City, except in Vice’s rendition, Sciortino walks down Brooklyn’s Bedford Avenue (not the Upper East Side) and gets splashed by a fixed gear bike riding over a puddle (instead of a taxi cab).

Other than her new web series for Vice, Karley makes monthly art videos for Purple, is working on a novel, and is trying out to be a stripper.

Guest of a Guest met up with Karley Sciortino, New York’s real Carrie Bradshaw, to talk about sex advice, Lena Dunham, and flirting on twitter.

Congratulations on being in Time Out.It was nice to read, it was all of your dating advice, and I think that’s why people like you, you’re assertive, and seem to know what the answer is. 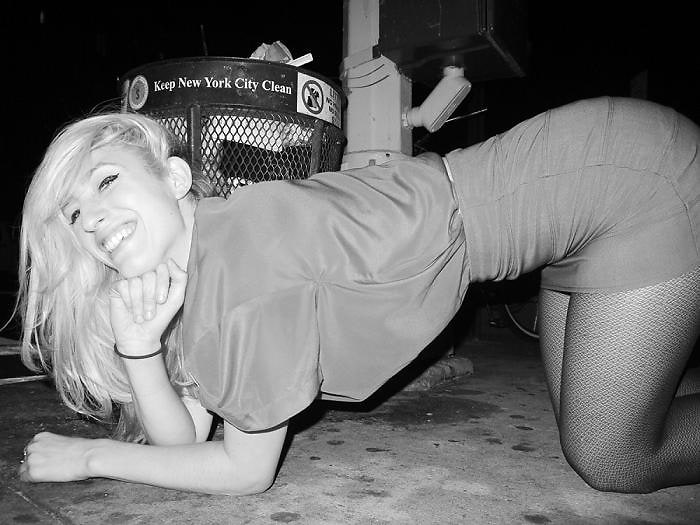 People have that perception, but people don’t know. This fashion writer has a teen magazine called Rookie and we met her, and her magazine is great, but part of her thing is, that yeah, I’ll give you advice, but it might not be the right answer. No one has the right answer. We are all in this together, that’s what I’m trying to do. At first, I felt weird about giving advice. It’s like, ‘wait, I don’t know if I have the right answers,’ but then my friend was just like ‘people don’t want the right answer, they want your answer.’ This is good, but I want there to be a disclaimer that I might be giving bad advice. 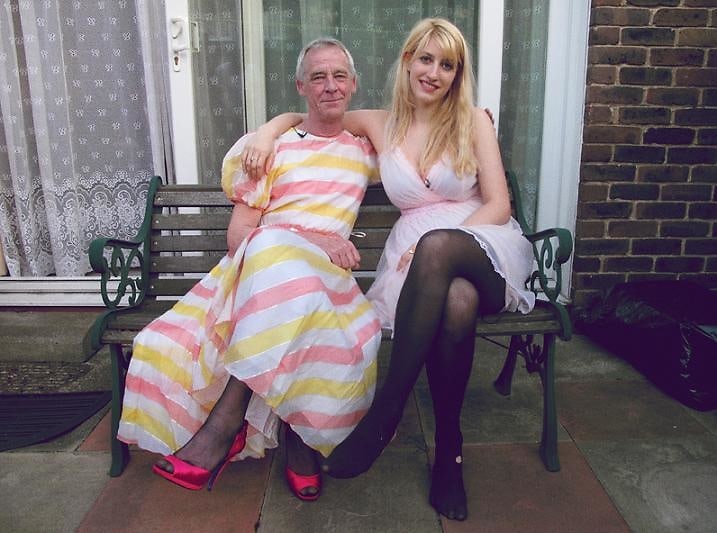 It seems obvious, but literally, 40% of the questions I get are questions from people who are older than they should be and are still virgins. My advice has always been, I don’t think you have to be in love to lose your virginity. I don’t think you need to over think. If you’re really panicking about losing your virginity, just get it fucking over with, and then have normal sex after that. This girl emailed me the other day, and said, ‘I just met this guy at a bar and had sex with him.’ She’s 23 and has never had sex with anyone. And she said, ‘I feel so liberated and in control of my body.’ And it’s cool because who cares who you lost it with, it’s a story! After it's over with, it's just one time you’ve had sex in the course of a million.

[A scene from her web series with Vice called 'Slutever,' Photo via]

Where do you get your advice from?

Anyone you look up to?

I didn’t like Girls, but everyone is talking about the show, specifically the sex scene where Dunham’s boyfriend is being dominating, and critics think this is a statement to ‘what women of today want.’

I was really surprised at how explicit the sex scenes are, especially in episode 2, where he [the boyfriend] is tying her [Dunham’s character, Hannah]. And he says, ‘I’m gonna cover you in cum and send you back to your mom and dad.’ I’m fine with that. The thing is, I am actually a submissive person sexually. I do the dom stuff, but when I’m actually having sex in real life, I prefer to be the one being tied up than the one tying up. I don’t think it’s antifeminist to be submissive in bed, if you feel comfortable with someone to be having sex with them, then it’s like a role play, like anything else. Being submissive is not the same thing as being raped, you are willingly handing yourself over to someone. That doesn’t neceserrily mean it’s the same thing in real life. It’s like a different head space, an alternate reality. It’s like, you really get to lose yourself in sex.

Does being in love change your outlook on writing about dating?

It is different writing about it. If you’re single, there is more to write about. But having a boyfriend, there are certain things I want to keep private. I can’t write about the sex I have with him all the time. But then, it’s really weird, because it makes me more optimistic. One time, we got into a fight, and I was answering advice questions, and I was angry person because of it. I was being negative. A girl wrote to me about her boyfriend dumping her, and I answered back that all men are inherently misogynistic, or less intelligent and inferior to women, but really, I was just in a bad mood about boys at the time. 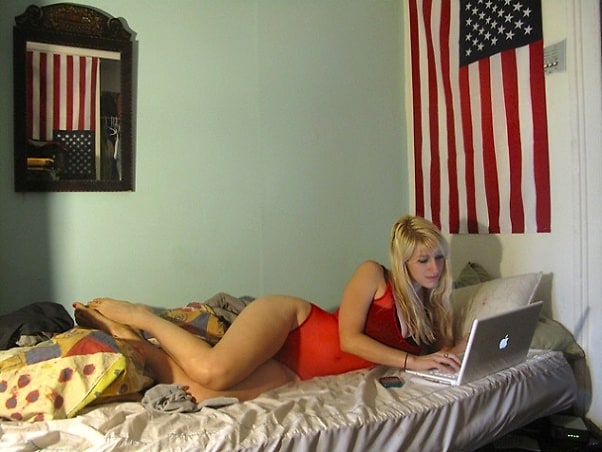 I have a friend who had a crush on a magazine writer. He started flirting with her on twitter. If you talk to someone on twitter who you don’t know in real life, you kind of feel like you are friends. He ended up hooking up with her based off of their Twitter relationship. It’s a modern way of flirting. What it shows is that you are publically connecting yourself to that person. If you write on someone’s Facebook wall, or posting a picture of yourself with someone, it’s telling the world, ‘we hang out.’ Even though it’s less intimate than texting, it’s more of a statement, of wanting people to know ‘we are talking.’ I am more likely to write on someone’s Facebook wall if they are a random friend rather than someone I like, because then, it’s like, a big deal.

Is it okay for girls to ask boys to hang out?

You can sit around panicking forever, or you can just ask them to hang out. But then you have to learn the biggest thing -- take the hint. It’s like a chess -- so you asked him to hang out, you made a move. Let’s say he’s busy, he can’t hang out, that’s fine. But you already put it out there that you’re interested, so then it’s his turn. If he want’s to see you, he will. But I’m bad at playing hard to get. I’m too impatient.

Where do you get your confidence?

Do you have anything planned for your web series, Slutever?

There are two more episodes coming out this season. One is about BDSM in the bedroom. When we think about S&M and fetish, we think about scary leather people in a dungeon hitting each other with sticks. The show discusses how to do this with your boyfriend in the bedroom: how to use the toys, where to get the toys, what are some ways to initiate it. The other episode is called, not to sound cheesy, but, "Orgasms, where are they?" It's basically about why guys are so stupid. People have been talking about it for, straight up, 30 or 40 years, and guys still don't know how to do it.

Check out Karley's blog HERE and her web series with Vice HERE.