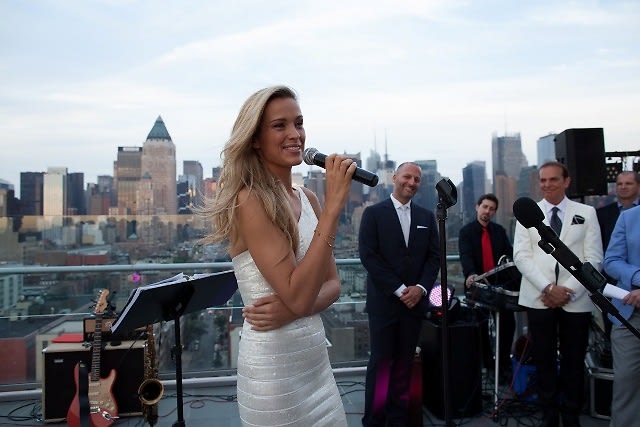 Supermodel turned philanthropist Petra Nemcova is no stranger to hardship. Behind her beaming smile, the statuesque Czech holds an amazing story of courage and survival, after fighting for her life in the 2004 tsunami in Thailand. The experience had a major impact on Nemcova, who, in 2005, founded the Happy Hearts Fund, a charitable organization dedicated to rebuilding schools in areas affected by natural disasters.

[Photo: Petra Nemcova and Samuelsohn Executive Stephen Granovsky in the back]

This past weekend, Nemcova was happy to announce the Happy Hearts Fund partnership with luxury menswear brand Samuelsohn at their 90th anniversary party at the Ink48 Hotel. We were able to sit down with the bighearted blonde who proudly declared that her organization would be approaching its 100th school next year. 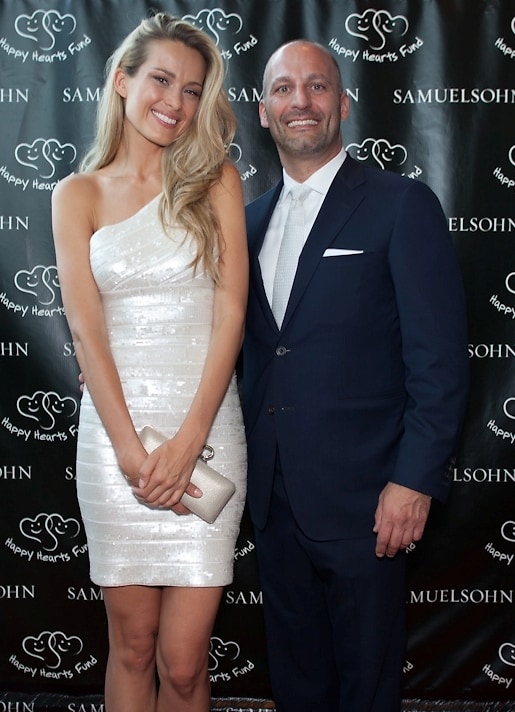 What has been the greatest takeaway from your experience working with the Happy Hearts Fund?

The biggest joy is just knowing that the children who have been forgotten and have often waited five, six plus years for a safe school, now have a school to go to which allows them to become more empowered.

How did you know that Samuelsohn would be a good company for the Happy Hearts Fund to partner with?

Samuelsohn is very focused on working with their customers to create tailored suits and we’re working with our supporters to tailor their needs—if they want to rebuild a school in Peru, Indonesia, or Haiti, they could choose the school. They are very focused on building long relationships and we’re doing the same thing. Our organizations have grown quite a lot, but are both hidden secrets because we don’t advertise in a big way. We put our time, effort, and funding into creating results. 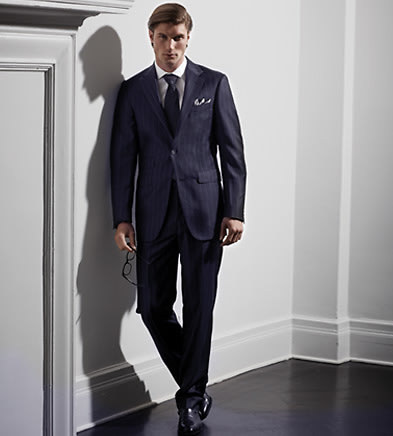 Do you think a man's suit is an important indicator of the man himself?

I think a man’s suit is like a business card for a man because it says so much about them. You can read a lot into it.

-If it’s a classic cut or funky with a bit more color, it shows a lot of the personality of the man.

-If it’s a well-tailored suit, you can see if they have style, if they take care of themselves.