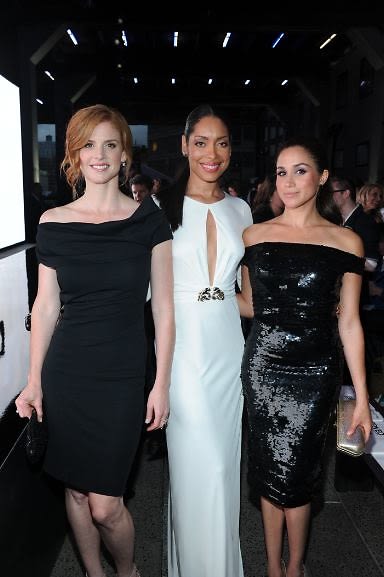 Last night, USA Network and MR PORTER.com teamed up to celebrate this Thursday's season two premiere of USA Network's Suits. Despite the dreary weather, dapper men and well-dressed women made their ways up to the High Line for the Suits & Style fashion show and cocktail reception. Greeted by two rows of umbrella-bearing gentlemen, guests were escorted into the reception area, where they were invited to take instantly printed Instagram photos and enjoy DJ Chelsea Leyland's mixes.

We had a chance to catch up with some of the Suits stars to discuss suiting up, their summer plans, and more.

Macht stars in Suits as Harvey Specter - a senior partner at Pearson Hardman and one of New York's best attorneys.  Macht's career began at age eight, when he was nominated for the Best Young Motion Picture Actor Award for his role in Why Would I Lie?  The nomination, he says, gave him one of his first chances to 'suit up.' 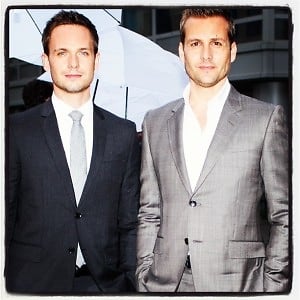 Does a suit make a man or does a man make a suit?

That being said, would you prefer to suit up or down?

I'd prefer to suit down.  I mean, I only wear suits for days like this, weddings or funerals.

Are you going to have some time to suit down this summer?

Maybe some weekends.  I might get a two-week hiatus.  If I do, believe me, I will not be wearing a suit.  I wear a suit every day [for] fourteen or sixteen-hour days!

Markle has gone from holding suitcase #24 on Deal or No Deal to dealing with briefcases on Suits.  Her character Rachel Zane is a paralegal at Pearson Hardman. 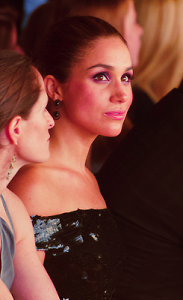 Oh my goodness.  I think when they say suits make a man, it's just the idea [you're wearing] something that is tailored for you, that feels right.  You feel confident in it, and that could translate into anything, whether its an actual suit or not.  In the show, I don't personally wear suits because I'm a paralegal on 'Suits', but I think there's something to be said for just having a beautiful piece of tailored clothing that makes you feel confident and just want to take the day on in a different way.

Will you be suiting down this summer?

I'm actually shooting season two - we're all there until October - so I am 'suiting up' until we have a two-week hiatus, when I'm going to take a nice little vacation in the Dalmation Islands.  I will be in nothing but linen and bikinis and flip flops and relaxing.  So then I will 'suit down'.

A different sort of suiting up!

Torres plays a pivotal role on Suits as Jessica Pearson, a founding member of Pearson Hardman and Harvey's boss and managing partner.  She is, however, perhaps best known for her science fiction and fantasy roles. 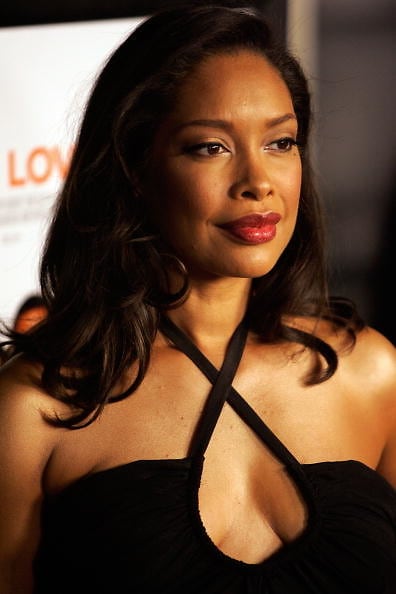 I'd like to know about the importance of 'suiting up' - what does it say about a person?

I believe that it says you actually care about yourself and your appearance.... I think really 'suiting up' at its best is infusing your being with a sense of pride.  And really take the vanity away from it and take the competitiveness away from it but really caring about how you look and putting your best foot forward.

And where are your favorite places to shop when you're looking to suit up?

And I know that you're shooting the second season right now, but are you going to have a chance to suit down a bit?  What are your summer plans?

You know, I keep asking the writers to write a scene where Jessica is in yoga pants.  I don't know if that's going to happen, but... being in all those well-tailored outfits keeps me honest. 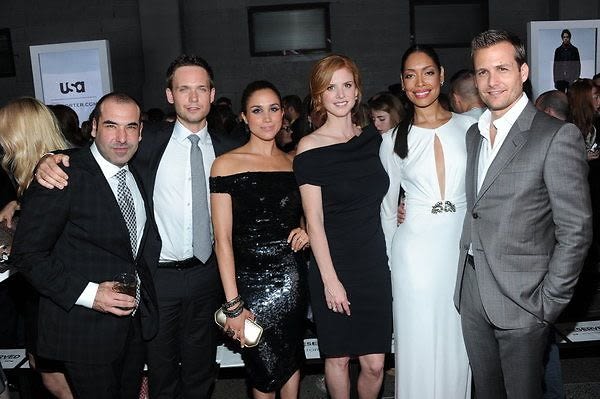 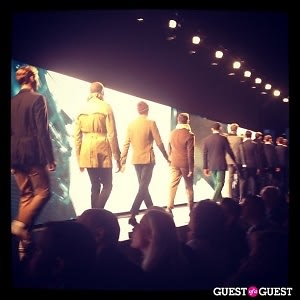 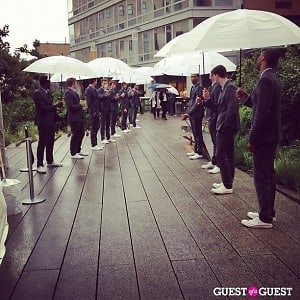