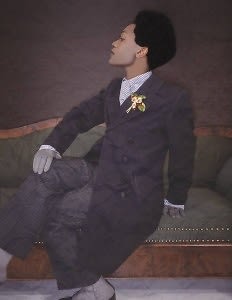 Mirror, mirror, on the wall: who's the chicest of them all? Better ask sartorial expert Iké Udé, the author of Style File and one of Vanity Fair's International Best Dressed Originals.

We spoke with Iké Udé about what it means to be chic in New York, and the artist shared with us his favorite designers, a list of fashion faux pas, and the major differences between "style" and "fashion."

Tell us about the CHIC INDEX. What is its history, and why did you start it?

When I began publishing aRUDE in 1995—during the halcyon days and waning power of print, say—I’d instituted the departments, Style File and Elements of Style concurrently. Later, Harper Collins Press offered to collect and publish it in a volume of book, called Style File: The World’s Most Elegantly Dressed.

Afterwards, I retired to study the “new” media, the Internet, by watching, observing and charting its evolution, usage and popularity. Then I incrementally began to use it FOR aRUDE magazine: at first tentatively, and just last year gained a buoyant appreciation of the media, especially the blogsphere: result, the CHIC INDEX which began life in 1998. Then it was christened, Street Chic. And the idea is to offer a more egalitarian counterpart to the more exclusive Style File. But as it turned out the CHIC INDEX has become a new mode of Style File but far more encompassing, frequent, interactive, detailed and fleshed out. I’ve always been a chronicler of individuals with particular sartorial argument.

The Chic Index began in print. Has it changed in its conversion to a website?

Yes. It is now in the blog mode of things and moreover, it’s now chiefly focused on curating individual styles, one-at-a-time.

In your opinion, is the internet changing the fashion world? If so, how? 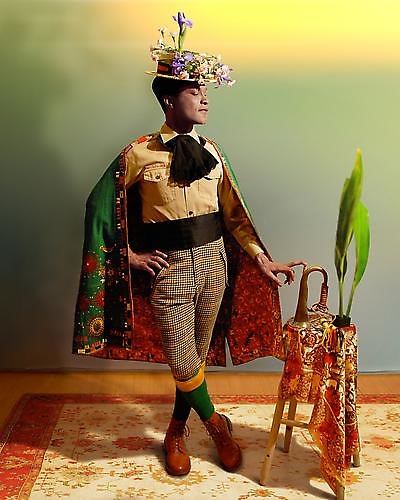 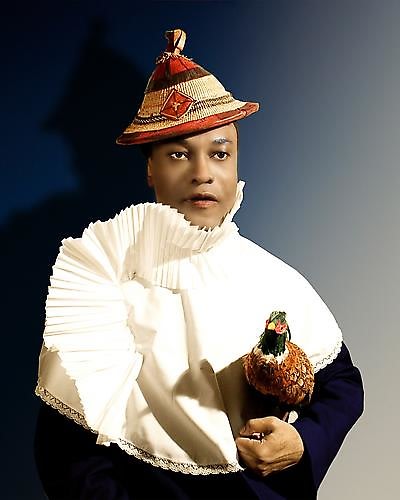 Who are some of the most fashionable people in New York right now?

With all due respect to your question, I don’t care about fashionable people or even the idea of it. Today’s fashionables are tomorrow’s un-fashionables.

What distinguishes them from the crowd?

If you mean in terms of stylish people, what distinguishes from the crowd could be something as simple as their carriage, countenance, walk and of course the very way in which they compose their outfit and not necessarily what they are wearing.

How would you describe your personal style?

My personal style is an interface between past and present fashions/costumes. I especially love the Edwardian silhouette for men. Unfortunately, especially here in the States, the cut/size for men’s clothes is alarming massive thereby obliging one to shop vintage, use a tailor or shop abroad for a more trimmer, fitted look.

Who are your favorite designers?

For men: I like Paul Smith, Brooks Brothers, Ralph Lauren and such. For women, Vivian Westwood, I liked Helmut Lang’s point of view then, Jil Sander, Carolina Herrera, Prada, Ralph Rucci, and Comme des Garcon, Yohji Yammamoto (if he’s still around). There are so many excellent womenswear designer that I’m not so sure it makes sense to even name any. I love all the Belgium school of designers—from the so-called “Belgium Six,” to the present ones. In the past, you’ve made a distinction between “style” and “fashion”? What is the difference?

Fashion is an uninformed, thrilling desire to be in agreement with the majority and style is a cool intelligent refusal to disagree.

You also make a distinction between the “stylish” and the “stylized.” Could you elaborate?

An excellent example would be the annual Oscar Award ceremony. Most of the characters, say, actors, actresses, etc., are obviously not stylish but pay to be styled for special occasions or award ceremonies. Alas! The next day you see them in hideously painful outfits that are borderline criminal and perhaps warrant arrest. Who knows! 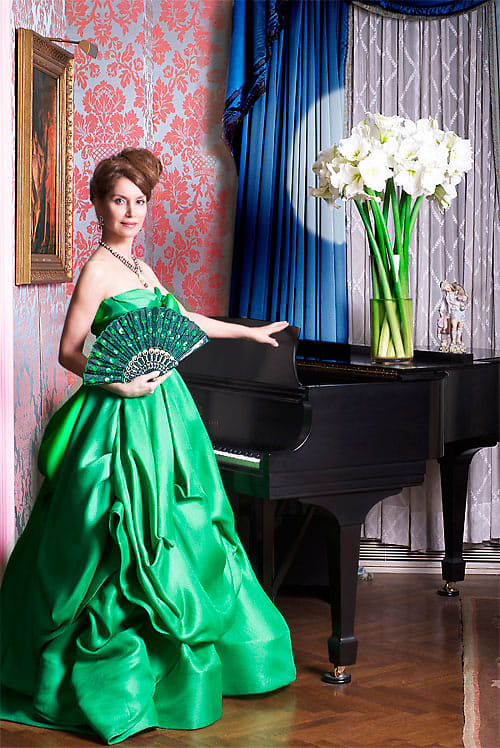 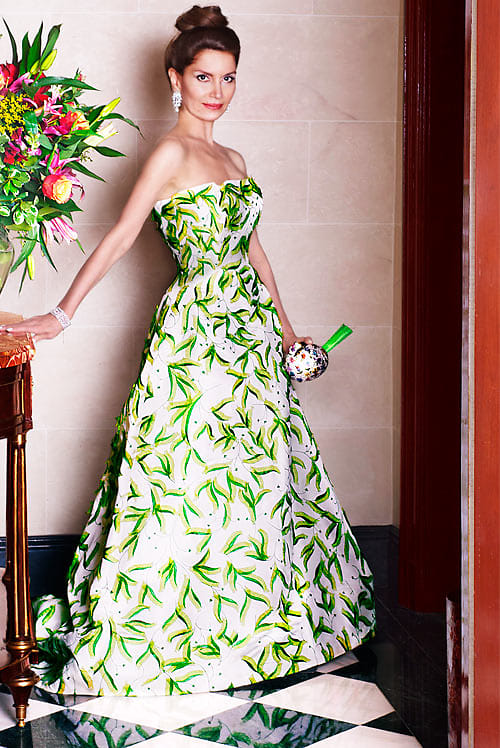 [Jean Shafiroff, Two Acts from the CHIC INDEX, via]

What are some fashion faux pas?

One of the major, outstanding ones are: a.) When a man or woman’s trousers/pants advertises their genitals or a woman pulling out ill-fitting panties that’s sunk in the cleavage of her buttocks. b. When an outfit is in one way or the other in total disagreement with the wearer c. Someone who’s personality and individualism is horrifically dwarfed by the brand or brands he/she is wearing. d. Polyester outfits e. Ill-fitting shoes that reduces one’s walk to limping. It’s a long list.

In your opinion, what is the dark side of the fashion industry?

Cheap labor, sweat-shops and practices along that line. What needs to change? Better wages, better working conditions and better health care for the worn hands hard at work.

What do you think of the "Impossible Conversations: Schiaparelli and Prada" exhibition at The Met?

Very neat. I love Harold Koda’s program and vision at the Met. And I’m happy to call him a long lasting, excellent friend of mine. He kindly wrote the Preface to my book, Style File and has my work in his collection.

If you could observe an “Impossible Conversation” between two artists, who would they be?

Throughout your careers as artist, writer, and photographer, what has been your greatest challenge?

I think it has to be my insistence to be treated as individual artist with a particular point of view—apart of any group, movement or school.

I got punished for my individualism as such and for a long time but I knew that in the end I have the inner mettle to triumph in flying colors. Thankfully, detractors only encourage not discourage me.

What is your favorite movie?

It’s hard to single out a favorite film. But I love most of Visconti’s film, the simple elegance of Pasolini’s Salo, Alain Resnais’ Last Year at Marienbad. Other than that I love educative, inspiring documentaries on great talents—past and present.

I’m more partial to soft power than to superpower.

Any parting thoughts or advice for our readers?

We should all make life beautiful in everyway!

Thank you, Iké Udé! For more information on the CHIC INDEX, including portraits of this week's featured guest Jean Shafiroff, go HERE. 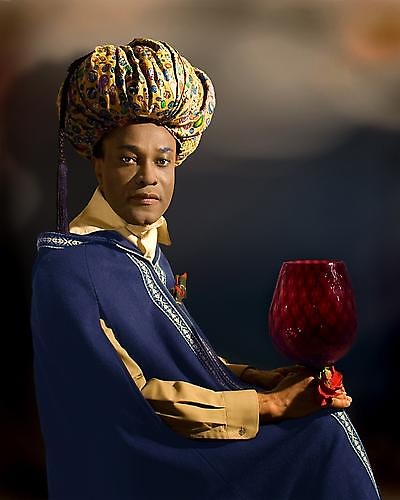 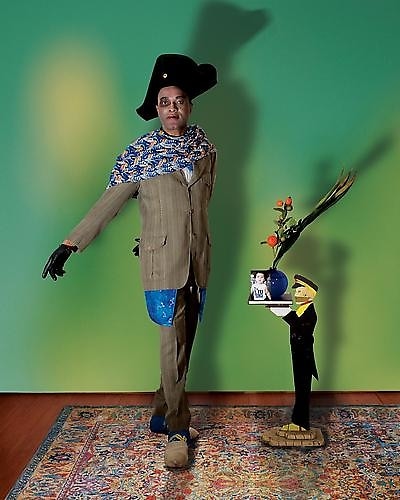