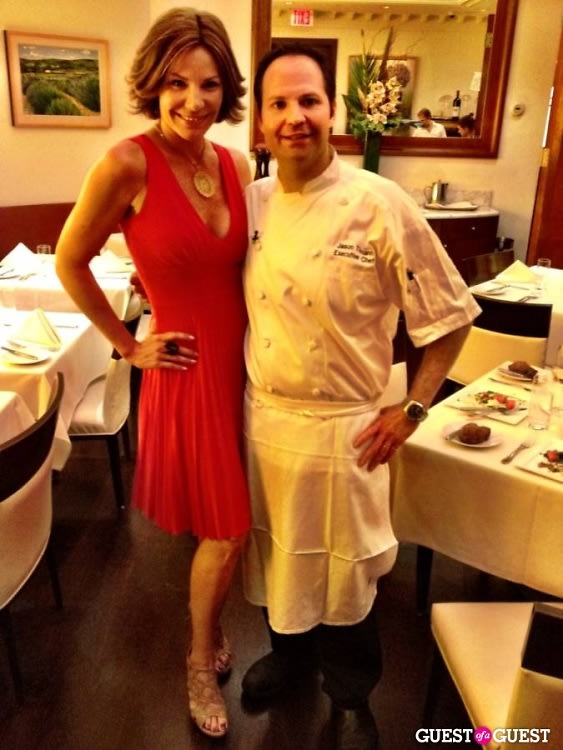 Presented by Triomphe Restaurant And Executive Chef Jason Tilmann, "Market Man" is a new series based on the idea that cooking "in season" and cooking with locally grown, fresh ingredients can be easy. Whether you're a cooking novice or expert, you can ask Jason questions through Triomphe's website about things like cooking techniques or even new recipes.

Don't worry! Chef Tilmann will take you through the entire process. This includes where and how to buy your ingredients, and the cooking and prep time. He even takes you to the market, showing which ingredients to buy and how to go about finding the best produce and meats. He then takes you back to the kitchen, showing you all the secrets behind the scene.

Currently, Chef Tilmann is in the process of producing his pilot, featuring Countess LuAnn de Lesseps. The pilot exemplifies everything his show is about--using ingredients found in the market to create fresh new, and most importantly, easy dishes. The show starts with Countess LuAnn asking Chef Tilmann how to create a new food-specific dish and shows his process of creating this new dish, exceeding all of Countess LuAnn's expectations.

After the taping, we got a chance to talk to Chef Tilmann about people he plans to bring on the show, future episodes, and about being a part of a "Food Renaissance" in New York. Check out what he had to say below! 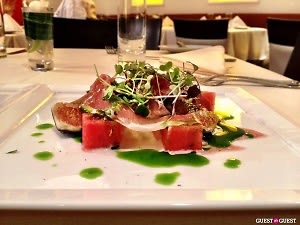 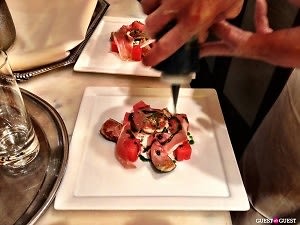 Who else do you plan on having on the show?

"Well, hopefully it gets picked up. The idea is about as many people as you can, but each episode has different person, along with why? Like my wife might be in an episode and her episode is going to be "I Can't Boil Water" because she really can't cook. She's really horrible! So it's really about educating... 'Oh, I'm going to go to the market and make the easiest thing in in the world, which might be pasta with butter.' This is for all you people who really have no idea, ya know?

Another friend of mine is a trainer for the New York Knicks and his episode is going to be 'I'm at the market and I need to get some stuff ready for my high school athlete or grade school athlete.' So it's nutrition because he's a trainer and how to prepare food for an athlete, which something a lot of people want to know. 'What's the best way I can get him performance ready for a football game the night before? Morning before? Afternoon before?' There's going to be an episode about the meat market, like actually going to the market in the Bronx and really showing them how to pick out fish and what to look for, and a simple easy dish. Maybe it will be a gluten-free episode? There's all kinds of content we can actually use. And that's what it's really about...

I've got an episode coming with my old mentor, David Burke, and that's going to be chef on chef. Like I'm going to be creating a dish for my old boss, so it's kind of like... that episode would be like how we normally do it in a restaurant. Like I would go to the market and cook something and he'd taste it like LuAnn did but judging it and more-so beating it up, criticizing it.

Then there's the celebrity side of it too, we've got Carmelo Anthony who really likes lobster. So it's about showing him what he really likes and how to do it at the house. " 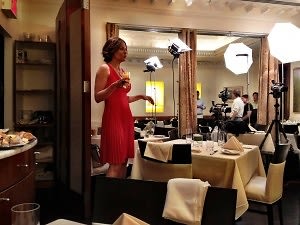 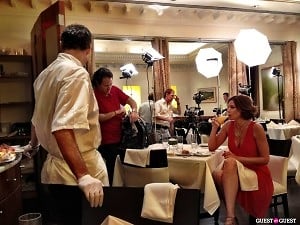 You have a website where people can ask questions, would you pick any of those people too?

"Absolutely! And that's something we've talked about, 100%. It's real-life people, showing them how to make simple dishes like Mac N' Cheese or PB&J's. I used to do that as a kid! I would come home after schooland be hungry and my mom and dad were at work most kids would eat chips.. But I've been cooking since I was 12 and flipping it! Just fun, easy things."

This is a great concept because it's about going to different markets, including farmer's markets. I'm a college student at NYU and I always go to the farmer's market in Union Square but I can't cook. I make cereal.

"And this would be such a great show for you! That's an episode. We would bring you on and show you how to cook in the dorms. We can make grilled cheese with an iron. I've done it! Absolutely. One of the things people say to me is like, "Chef, it's winter." But there's always a market SOMEWHERE. Just because it's not in season here, doesn't mean it's not in season somewhere else. In the winter time they're still making cheese, so the episode will be all about cheese. There might not be much produce, but a market should have a little bit of everything. But we can also highlight different areas like San Francisco or Florida. It's really about what's understanding what's truly in season. In Florida, oranges are in season in the winter. A lot of people don't understand that things have different seasons in different parts of the country."

With things like the GoogaMooga Festival, New York has been going through a "Food Renaissance." New York City has always been the epicenter of the true culinary experience, but now it's more about innovation and bringing new, fresh ingredients. What is it like being a part of that? What are you trying to bring?

"Can I be honest with you? It's about time. Really. I feel like we're catching up. I've lived in Japan; I've lived in Singapore. I've lived all over the country and if you go to Japan or Singapore, it's the norm. It's what it's been like for centuries, not years. Centuries. Even when you see these movies with people walking around with chickens, that's over there! I mean, it happened here, but 300 years ago or whatever. It's exciting for me because that's the way it should be. I feel lucky that we're to that point. It makes me excited. I think it's a good thing."

What's over all goal for the show?

"Well, the first goal is to get it picked up. But I want to elevate culinary intuition. I want to teach people how easy it is to make food. I want to take away paranoia... this fear of seeing this great recipe and thinking it's so difficult to make.  I want to show them. We've got, one, two, three, four ingredients, the recipe isn't 9 pages long. It's easy. I can make it as easy as possible. I also want to make it relatable. It's the concept of 'hey, I'm your local chef, call me!' I don't care if there are 50 million e-mails. I want people to feel like they are going to their local butcher and build that relationship with people. I'm a chef. I'm a glorified dish washer. I cook food for a living."

What's the most obscure fruit or vegetable you've cooked with?

"Durian fruit. Look it up. It's this really like pungent fruit. It's the only thing in my culinary career I could not eat. I could not eat it. The reason I couldn't eat it was because I eat with my nose first. When you cracked it, the smell of the fruit was rotten feet. I mean, not even an exaggeration. It was the most hideous thing I have ever smelled in my life and people in Singapore and Asia die for it. It's not one of these things where you eat it and the smell is gone. If you eat it, not only does your breath, your clothes, anything you touch will smell like that for 12 hours. There are signs on cabs and buildings in Singapore that have signs, like one's for "No Smoking," but for "No Durian Fruit." Westerners can't stand the smell, but the natives love it! They have festivals. I just couldn't eat it. "

To ask Chef Tilmann a question or for more information on "Market Man" go HERE.