Ultra Records' music producers/artists Mysto & Pizzi have been making their mark in the industry for a while. They made a huge splash with their remake of Rockwell's "Somebody's Watching Me" for the 2009 Geico commercial and have worked with many notable names since then. They have also found huge success with their YouTube vlog chronicling their journey. Here's a peek behind the duo.

How long have you been working together for?

We have been working together for about 9 years now.

Who are you listening to right now?

Tell us something about you that most people wouldn't guess.

We have never been to a strip club. This is New York City, there are way more cooler things to do. 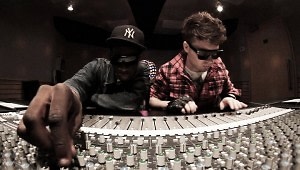 Who have you worked with?

We have worked with a range of different people like Geico, R. Kelly, Kelly Rowland, Ryan Tedder of One Republic, Tiesto, Avicii, Diane Warren, Ryan Leslie, Cassie, Nina Sky just to name a few. [Photo via]

Who has been your favorite person to work with so far?

Our long time friend Wynter Gordon. We have been working with her for almost 5 years now and we grew up in the industry together. To finally see our big sister blowing up and finally making her mark in the industry is pretty dope.

What has been the proudest moment in your careers so far?

Teaming up with Wynter, Justin Beiber and Usher to help the American Cancer Society with their "More Birthdays" campaign. We were supposed to do something simple but we ended up not only creating the music but producing the video content as well. The campaign was promoted by Justin Beiber on his birthday and the video got a million plus view on YouTube. We were really glad that we could help make a difference and contribute to saving more lives.

What projects are you currently working on?

We just finished a single for Jeremy Carr called "One Breath" and we currently have an artist/producer deal with Ultra Records so we have been working on our own material. We felt that it was a way better move for us in the long run because no one is selling records like they used to. Today, advances are smaller and the only track that really matters or will be worth working for is the single.Urban and pop music is our forte but we also did dance music. Now, we are trying to build our name and catalog to play in the same field as David Guetta, Swedish House Mafia and Tiesto to name a few. 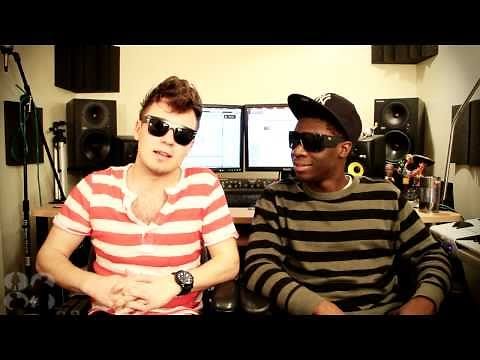 What's your favorite thing about living in NYC?

The lifestyle, the nightlife, the women and the variety of food spots around he city. We love going out to all the hot-spots and from time to time we like to DJ at super underground hipster raves. Our boys "The Chainsmokers" are killing it right now on the city nightlife scene so whenever they DJ we like to come out and support them and our Stadium Red fam. If you've ever watched "How To Make It In America" on HBO, that basically sums up our lives in the greatest city in the world.

If you had one day left on earth, what would you do?

Mysto: I already live everyday like it's my last.

Pizzi: Spend as much time with my family and plan the ultimate celebration for after I pass.

"Just One Breath" By Jeremy Carr (prod. by Mysto and Pizzi):

For more on Mysto & Pizzi visit their website HERE!