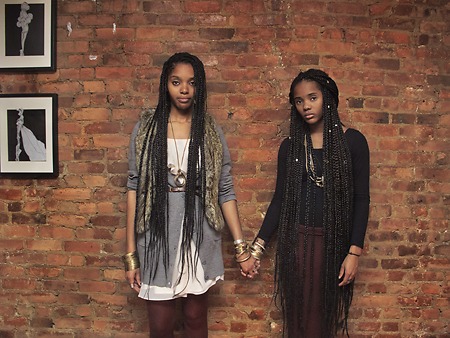 There’s nothing more refreshing than meeting designers who are as cool as their clothes. Darlene and Lizzy Okpo – the sister act behind womenswear brand, William Okpo – are just such designers. Marching to the beat of their own drum (or maybe that of their musical muses – Solange Knowles and DJ Lindsey) their recent collection could be described as industrial meets pilgrim, yielding a surprisingly wearable array of denim heavy designs.

The presentation took place in a sunny, glass walled studio at the Alvin Ailey Dance Center last Wednesday, and with the city as a backdrop as the sun set behind the models, one couldn’t help but feel inspired. Backstage before the presentation, Lizzy filled me in on what it’s like to start a brand from scratch, working with a sister and why they’re ok with being “hella unorganized.”

[Photo: Lizzy and Darlene Okpo, via] 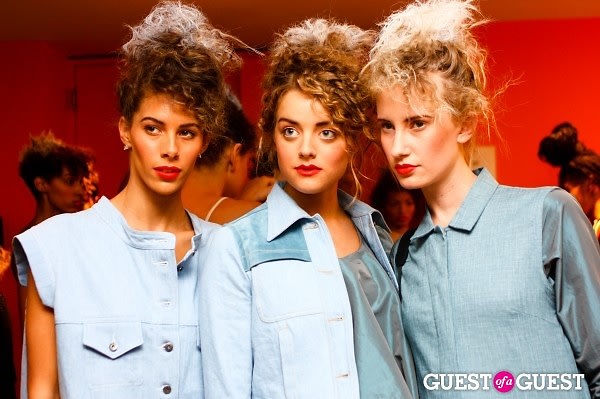 What’s the story behind this collection?

This collection wasn’t really about one source of inspiration. There was no “walk in the park” this season... It’s kind of about a pilgrimage, but really we mostly focused on color more than story. At first I wanted to do everything in just one color, but Darlene said I was crazy. So then we did shades of blue. Towards the end, we decided to add orange because of the shoes we were doing with a Namibian shoemaker, Herbert Schier.

You guys are relatively new to the NYFW scene – but you’ve been getting a lot of great press lately. What season is this for you?

This is our second year and fourth season showing.

How have things changed since your first collection?

Well one thing that hasn’t changed, is that we’re still hella unorganized. But I kind of think that’s just the way it goes and will always be. Being a small designer and doing everything ourselves and out of pocket is tough. In the beginning we really had nothing, but it was a great way to start. It’s good to begin a business when you have nothing because then you can only go up. Our eye for fabrics and color has changed and advanced. And we now design for clients too, not just ourselves. I used to design for myself only. I just made what I wanted to and said take it or leave it. But now, I have been able to observe what sells at Opening Ceremony for example, and balance that with what I want. Now we make not only cool, quirky pieces, but also ones that are sellable.

We know how to push each other’s buttons, and when we’ve gone too far. We know how to separate and come back together because we're sisters and we are bound together forever. We shared a bed for years. We can read each other's mind.

Is there a muse for William Okpo, the brand?

Oh yeah, we have several. Our friends; DJ Lindsey, Chioma Nnadi, (who’s an editor at Vogue) and Solange Knowles.

Who would you like to see wearing the brand?

Would love to see any very cool girls in William Okpo. You know, smart girls that know themselves. Anyone who is young and talented. 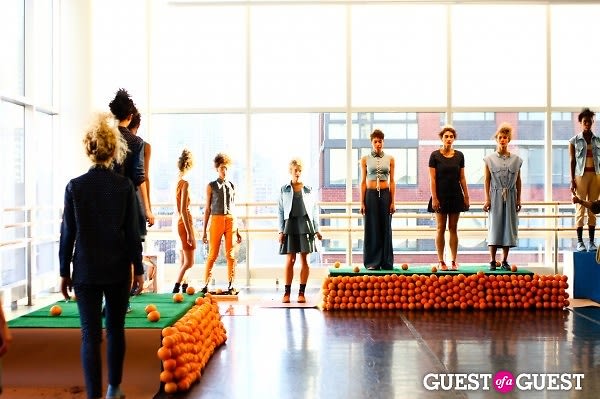