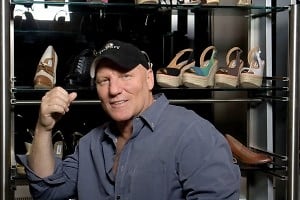 Steve Madden is already one of the most well known shoe designers in the world. A couple of years ago, he launched Steve Madden Music to merge the fashion and music worlds and promote up and coming talent. When Steve Madden Music started out, performances took place in Steve Madden stores and featured performers such as Lady Gaga and Katy Perry before they were household names. This year for the summer series performances were held at Le Bain and featured performers Katy B, Melanie Fiona, and Freesol. After the final summer show with Freesol we spoke to Steve about music and fashion. 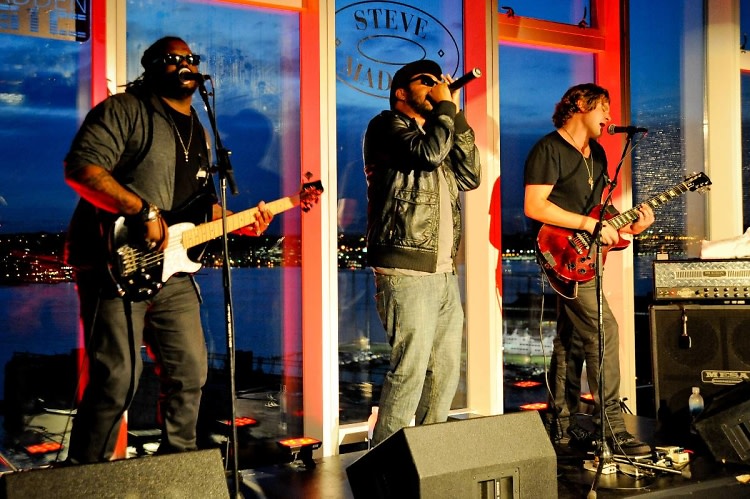 First off Steve spoke about one of his first jobs and his belief in himself:

"I was a stock boy in a shoe store, but they couldn't keep me in the basement. I enjoyed talking to customers and interacting with people. I like the hustle. It motivated me to start my business because I felt I could design shoes that people would want and be happy wearing. When I design a shoe that I think is a hit, I get a rush- a little tingle in my spine. I imagine it's the same for when artists make hit records." 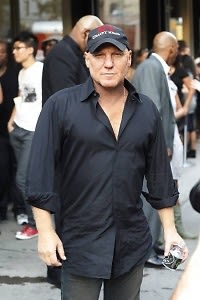 When Steve Madden first started off designing shoes one of his main inspirations were the bands of the time (the 70s) such as David Bowie and Led Zeppelin. When asked how music influences him now he answered:

"I'm influenced by so many things - I soak up everything I'm surrounded by.  Music is definitely a huge part of me and has influenced my company, Steve Madden is a fashion brand and Steve Madden Music compliments it by tying together style and music."

Speaking on past performances by Lady Gaga and Katy Perry in reference to discovering such talent he remarked:

"It's a combination of things - I'm really into music so we always keep our ears open.  Steve Madden Music is all about supporting emerging talent. Seeing some of the artists we've worked with turn into international stars is incredible."

Asked about the evolution of the performance spaces, going from Steve Madden stores to venues such as Le Bain he replied:

"I want to do the same with the venues, as we do with trends. I like to feel the vibe of the artist and pick a place that that suits them. Performances in the store are great because we get to share something with the audience- a bit of the artist, and a bit of me.  I'm just happy people love what we're doing and that we're able give the artists a chance to promote their music." 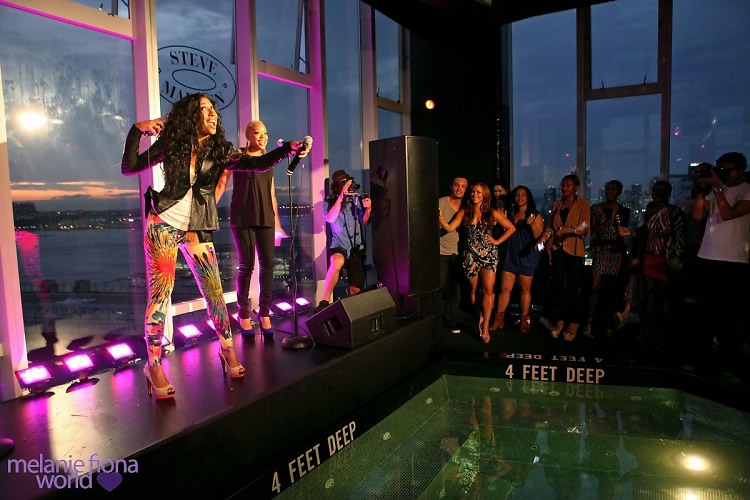 Steve has in the past been quoted semi-comically stating that he saw Diddy and Russel Simmons get into his bussiness of fashion so he felt he could get into music. Asked about future ventures he may be considering seeing as every performer now seems to have a liquor or perfume he gave a very bussiness-like secretive answer:

"I am interested in changing and getting involved in things you wouldn't expect a shoe company to get involved in.  But it's really all about the shoes, and our next big hit!"

Finally, given that Steve Madden is a born, raised, and current New Yorker we asked about his favorite spots in the city and he told us where he could be found:

"I love Central Park and Neil's Coffee Shop. I would recommend any of those places." 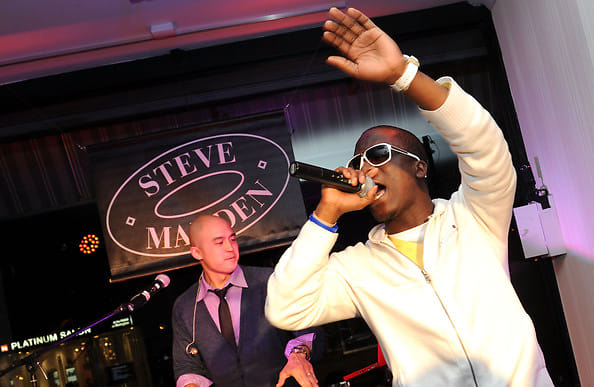