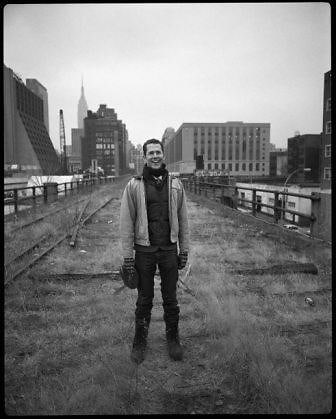 The High Line project (1.5 mile-long disused elevated rail structure on Manhattan's West Side) is getting some serious attention lately. "Friends of the High Line" is the organization responsible for saving this historic and extremely viable real estate from demolition in 1999. They have the support of several influential people, the funding to back them, and now, even a new Blog. Robert Hammond is the Co-Founder (with Joshua David) and President of Friends of the High Line, and a large part of the reason the completion of the space into its conversion to a public park will happen. Robert's organization has raised over $130 million, and the first phase of the park is scheduled to open in 2008. He is proof of the amazing kind of people who make up our city...the only place where "you would find so many people who see the opportunity in 1.5 miles of rusting steel."

Who are some of the people you have recruited in your quest to save the High Line? Our greatest strength in this project has always been the creative people supporting us. From early on, it was artistic people, Joel Sternfeld, the photographer, gallerists and artists in the neighborhood, the graphic designer Paula Scher of Pentagram. Amanda Burden, on the City Planning Commission (and now City Planning Commissioner) was one of our earliest supporters at the City. And Phil Aarons, our Board Chair, has been invaluable since the beginning, when nobody really believed this would happen.

What will the Project include? We're restoring the 1930's elevated freight rail structure and building a public landscape on top. It will include a concrete planking system that makes a pedestrian pathway, a series of naturalistic plantings inspired by the wild landscape that grew on the tracks when the trains stopped running, benches, access points and a couple of special design features that we're really excited about. The artist Spencer Finch is doing an installation in this space where the High Line runs through the Chelsea Market-- it's a semi-enclosed industrial space with tall windows, and he's replacing the window panes with 170 different colors of blue glass. It will be spectacular. You can see the plans on our site, www.thehighline.org, and more on our blog, www.friendsofthehighline.wordpress.com.

What is your favorite part of the High Line design? The "Cut Out" being planned for 30th Street. We are removing the concrete to expose the massive steel I-beams that make up the structure. It reminds me of the artist Gordon Matta Clark's work. It uses the structure itself to create the architecture instead adding onto to it.

Besides the High Line, what is your favorite place in New York? Wagner Park in Battery Park City

Someone I really admire is: My brother Jeff who is father of two and Episcopal priest and my sister Mills who is mother of four. Both live in TX and have built wonderful families. 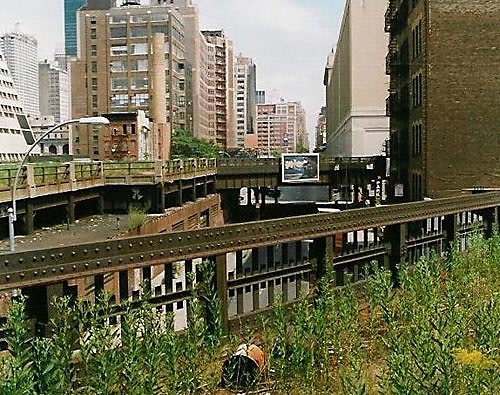 What did you want to be when you "grew up"? A successful businessman

What are some other projects you have done in your life? I am very proud of my involvement, albeit very small, with Tribute in Light. The 2 architects who had the original idea came to me the day after 9/11 and I introduced them to Creative Time and the MAS who eventually helped make it happen.

We also hear that you are a talented artist. What medium do you use, and how does art affect your role in this project? I use watercolor on painters tape and paper and acrylic on paper. Some of my recent work is at www.roberthammond.com but the High Line has been taking up most of my creative and mental resources so I have not been painting as much in the last few years.

The best part about my job is: The people - staff at FHL, the board, city partners, designers, donors, volunteers. Something about the HL attracts smart and interesting people.

In 10 years I want to be: Doing something new and spending part of the year somewhere I can swim outside everyday.

There is no place like New York because : Where else would you find so many people who see the opportunity in 1.5 miles of rusting steel?