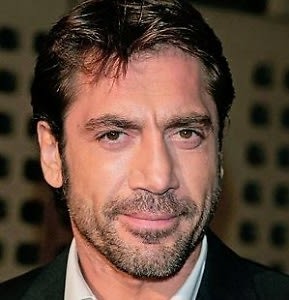 Javier Bardem, the Spanish star of the Mexican film set in the Barcelona underworld, arrived (without Penélope Cruz) slightly late from a Boston appearance. He obliged us with a few moments of rumination on his Cannes-proclaimed Best Actor portrayal of a cancer-dying, blood-pissing, possibly psychic, slum-dwelling father with a heart of gilded steel. The Canary Islander heartthrob and the Mexican director (Amores Perros, 21 Grams, Babel), spoke to us (in Spanish) about their collaboration and their return to an all-Spanish script (with snippets of Mandarin and Wolof, but no Catalan) and a primarily international audience after a series of sensational American successes.

“For me this is a very personal project,” said González Iñárritu. “Because of the themes it broaches, because I risked everything and put it all in. And [Javier] felt equally close to the material and affected by it, though curiously I wrote it with him in mind without knowing if he would accept it, taking a risk. We were both so devoted to the material that we found reasons to do it beyond just work. It was beautiful to share that.”

Bardem shared the director’s enthusiasm over the collaboration:

“Alejandro is a person who writes very potent, very intense material, and he likes to direct in a way that demands absolute submission from the actor. And as it happens, I’m a bit like that too. And when the two of us got together, we went very far. Very far in the sense that, with a problem like this, you can’t keep your hands in your pockets. That’s what we did, and it was intense, difficult, physically and emotionally exhausting, but we both knew that what we were doing had a meaning.”

But meaning could come at a cost. "Biutiful" has proved a tough sell to American distributors. But González Iñárritu was pleased with its international reception (it was a Cannes favorite and Mexico’s official Oscar submission), and he is hopeful for its American prospects.

“I think the film has had a fantastic reception," González Iñárritu said. "It’s not a film you see every weekend at the movies. I didn’t make it with the general public in mind. If I’d had commercial reasons, I’d have made it in English. I would have betrayed the spirit, the geography, everything. This film goes beyond all that. I feel that the film has a very powerful resonance and effect that has not left people indifferent.”

For Bardem, "Biutiful" represents a dramatic departure from his recent Hollywood repertoire, but the actor is as natural in González Iñárritu’s landscape of death, madness and social injustice as in Elizabeth Gilbert’s world of saccharine self-fulfillment. His method entails a degree of self-distance.

“No, I don’t identify with the character,” Bardem said. “What you do is try to give the character something that has meaning, but you don’t insert your own stuff in it, because if you insert your own stuff you talk about yourself. I felt what the richness of this character was, and Alejandro agreed, it was to find empathy and compassion inside him, even with the tiniest gestures.”

The dying Uxbal spends most of "Biutiful" caring for his two young children and reflecting on his own orphaned childhood as he rues their immanent bereavement. Does Bardem view Uxbal with new eyes a year later, as he prepares to become a father himself?

The star kept his distance: “I can’t answer that, man.”

[Images via Why Fame, Wire Image]