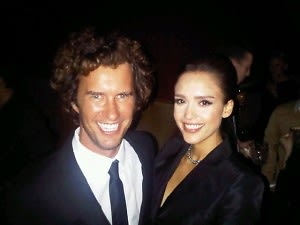 At last night's 24th Annual FN Achievement Awards at MoMA, Jessica Alba gave us a little insight into how she, ahem, rose to the occasion of her role in "Little Fockers."

In this movie, the third installment in the "Meet the Parents" series, Alba plays a sexy temptress to Ben's Stiller's character.

"I play a pharmaceutical sales rep who is really outgoing," Alba told us, "and she loves Ben Stiller's character Greg, or Gay Focker, depending on which name he choses to go by, and she thinks he's incredible with his work as a nurse and recruits him to be the rep for an erectile dysfunction medicine that's safe for heart patients, a ground-breaking job."

For a role predicated on at least some superficial knowledge of male physiology, how did she prepare?

She demurred in a deadpan and clicked her Christian Louboutin heels. 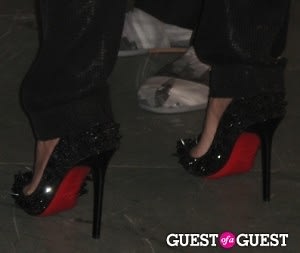 Collecting herself, she told us that in terms of actual market research, she had a little inside scoop on just this sort of pharmacology.

"A friend of mine, oddly, is a pharmaceutical sales rep," she said. "And she's really a ballsy chick."

We're going to leave the puns at a safe distance on that one...