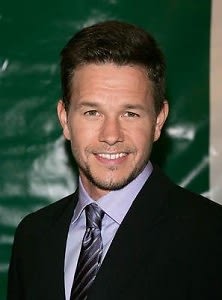 At a special screening of "The Fighter" at the SVA Theater Friday night, Mark Wahlberg clued us into his thoughts on marijuana, parenting, and pop culture. Turns out Marky Mark's more substantive than his Calvin Klein ads would let on...

Taking into consideration the fact that both Micky Ward (the hero of the movie) and Wahlberg hail from a not-so-lavish, suburban part of Massachusetts, we wondered how his current lifestyle as a Hollywood star has affected his relationship with his unglamorous hometown.

"Of course my life has changed drastically, but I'm home very often, and I'm still very involved with the community," Wahlberg told us. "Luckily, I don't forget where I came from; I'm still welcome back there."

Since the movie involved a lot of fighting, whether between family members or boxers in the ring, we wanted to know if he ever experienced such roughhousing growing up.

"Oh yeah, many times," he said. "In home, and out of the house. [The result of] being the youngest of nine, and growing up in a bad neighborhood."

In his own family, he said he aims for a little bit more order and discipline. His kids, for example, haven't seen any of his movies, except for, as he tells us, "like five minutes of 'Planet of the Apes'." He smiled.

"They're like, 'Daddy, the gorillas can talk, but they don't look real."

He admitted to us how he tries to keep what he does away from his kids, seeing as how all four of them are still pretty young.

"My mission in life is to raise my kids the right way and have them be well-behaved, well-rounded," he said. "I want to give them everything, but I want them to appreciate it and know what it's like to work hard."

When asked if they inherited any of his mischievousness, he replied, "They are mischievous. My daughter would sell snow to the Eskimos, and my son loves to wait until I'm falling asleep to jump on my head, or kick me in the groin."

We then pressed him on a more controversial topic: the legalization of marijuana. Noting how the characters on "Entourage" would frequently hit the pipe, we wanted to hear his take on the whole issue.

"I certainly tried it myself in the past," he said. "But no, I don't think it's a good thing. I don't want my kids smoking pot, and I don't want people that are driving on the road smoking pot."

Just before grabbing his seat, Wahlberg told us a story about how his daughter got him to call Justin Bieber.

"My daughter liked him, and she wanted to meet him, so I got him on the phone, and then we went and met him." And though he found Bieber to be an upstanding young man, he told us, "it's not like I listen to his music."

And that's when his combative side merged with his paternal instincts:

"As long as he's a positive role model, it's all good. If not, I'll give him a wedgie."