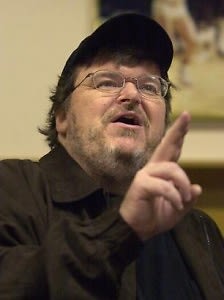 At a special screening for the new Mark Wahlberg movie, "The Fighter," Michael Moore told us at least one way he hopes to help Wikileaks head-honcho Julian Assange.

When we asked Moore for his opinion on Wikileaks, the filmmaker famous for his left-wing documentaries gushed with adulation.

"I'm a huge supporter of WikiLeaks," he said.  "In fact, I just sent a message off today saying that if they needed any help with the bail money, I'd be willing to contribute."

Moore explained the origin of his vehement support for Wikileaks and his willingness to dole out some moolah on Assange's behalf.

"I believe I have a pretty good idea of what they're trying to do to him as a result of his courageous efforts to shine a light on the lies we've been told over the years," he said, raising the volume of his voice. We could feel the fervor, the passion of ultra progressives everywhere radiating from his massive body.

But what about the recent cyber attacks, or hacks as some have been calling them, on such major American companies as Amazon.com, Visa, and Mastercard who have apparently been supporting the termination of WikiLeaks?

Moore had little remorse, almost relishing that others have suffered the same tech breaches he has.

"My site has been under numerous cyber attacks in the last decade," he said. "So, now that the other side is getting a taste of it, you should ask them what it feels like."

After hearing such heated remarks from Moore, it seems he might have found in Wikileaks the subject of his next controversial documentary.