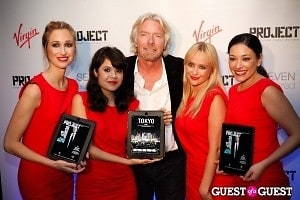 Yesterday Richard Branson launched Project, a multimedia monthly iPad magazine. At the Royalton afterparty,  the man better known for business ventures within his Virgin Group, spoke about his wish to be a journalist and his iPad bout with Rupert Murdoch.

Go HERE for photos from this event.

Within the party, as Cee Lo's "Fuck You" played overhead, I found Richard Branson posing for a photo opp with four iPad-wielding promo girls in red dresses.

The British industrialist's first major business venture was actually a magazine called Student, a publication he started in 1966 when he was 16--editing the articles and selling advertising. Though it's hard to imagine the titan would exchange his billionaire status for a modest reporter's career, I wondered whether this new avenue was something of a homecoming for him in his original passion.

"The answer's yes," he said. "I think if I had a different career, or if I had to start all over again, I'd love to be a journalist, cause it's--you're learning all the time, you're meeting interesting people, you're exploring." 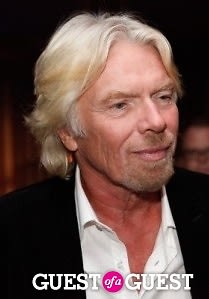 But isn't that a masochistic wish, given the precarious position of journalism right now? Isn't it horrifying to enter a field whose print iteration is dying off and whose online/tech-savvy platforms are still developing strong footholds?

"Does  it scare me?" he laughed. "I love trying things. And I think if you create the best, which I think they've done with this magazine, it has a chance at succeeding. Certainly not guaranteed. I think for us to be successful, we need to launch other publications as well to, you know, have that sort of share weight with the advertisers. And, ehm...but we're gonna have a lot of fun trying, very proud of, you know, what, what  everybody's created, and, anyway, look forward to the next edition of the magazine myself."

Branson is willing to take the gamble on this one, and though he knows success is not inevitable, he's optimistic about expanding into numerous iPad publications to extend his tentacles of influence and gain market share of the iPad readership.

But of course, Branson isn't the only bigwig venturing journalistic iPad territory: I wondered whether he saw himself as challenging Rupert Murdoch and The Daily, and if so, does that get his adrenaline flowing?

"Obviously, I'd like to create something, which people, you know, which I can be proud of," he said, "but ours is a magazine, [Murdoch's] is a daily and it will be a very different kind of proposition. But maybe one day we will go head to head with The Daily, and that would definitely be a rush." 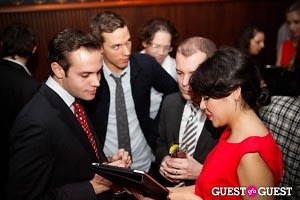 Of this competitive energy, Branson said he knows Murdoch personally and admitted they already have something of a duel brewing.

"We compete in England," he said. "We have the cable company Virgin Media; he has Sky, so we're used to a little bit of friendly competition. But, anyway, we'll have a competition based on quality, and we'll have  people judge which paper they like the most."

Project is billed as a monthly magazine, but it's somehow updated minute by minute, as if a website or blog. Within this conception of the time-space continuum, how can this really be considered a monthly magazine?

"Yeah, you know," he said, a bit stumped, "I'm going to have to leave you to ask the others that, because I'm a bit late for a plane."

Branson had a flight to Dallas to catch and folded himself into a Lincoln town car.

Check out some more photos from this event below: 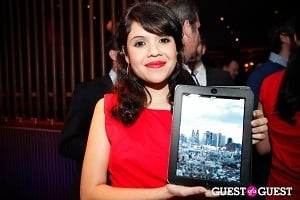 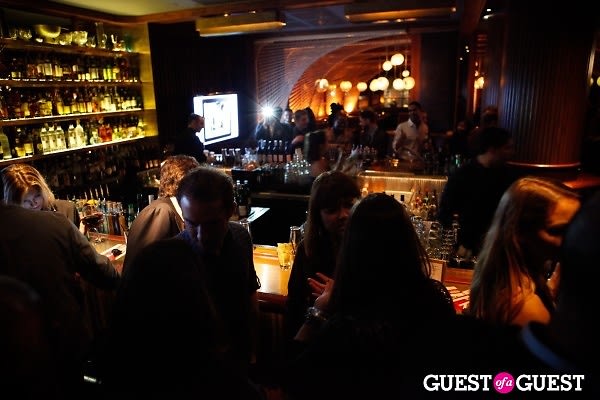 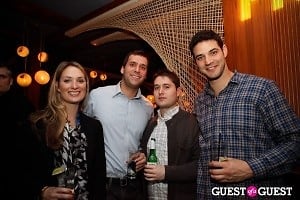 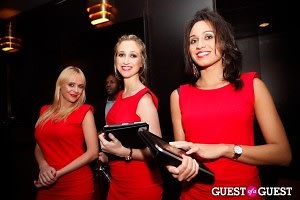 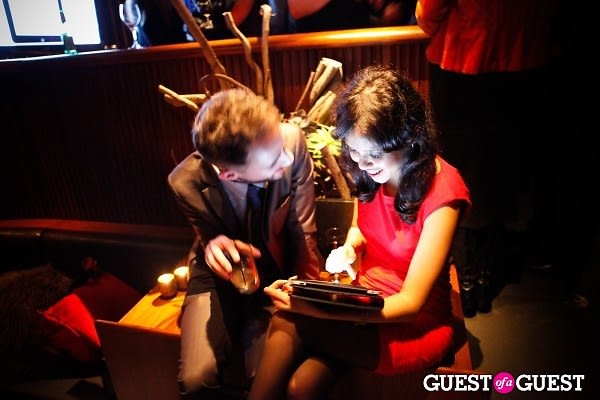 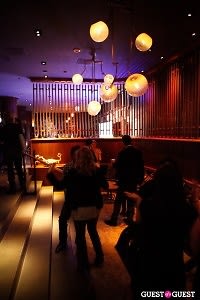 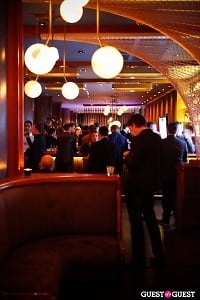 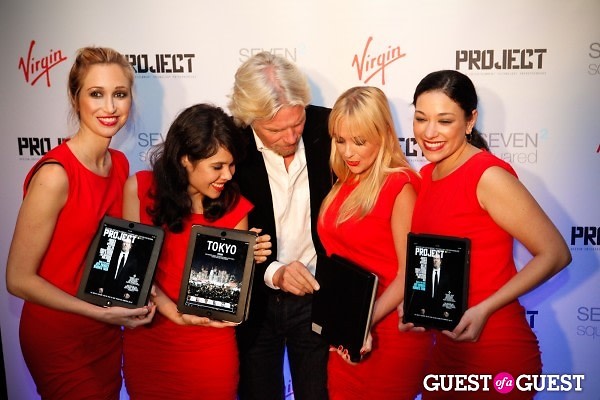