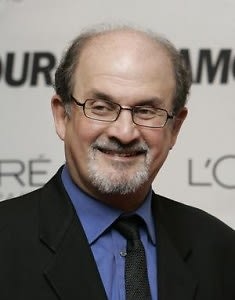 Though Salman Rushdie's been getting a lot of buzz of late for his Luka and the Fire of Life, the book he wrote for his twelve-year-old son, the author gave us a little admission last night about his other pursuits --in the uxorious and literary realms.

At the New York Public Library for "A More Perfect Union: Stories of Prejudice and Power,"  an event jointly hosted by USA and The Moth, Rushdie expressed excitement for the evening. This Kristin Chenoweth-hosted event would feature five storytellers sharing tales of their personal experiences with discrimination and bigotry.

But Rushdie, who was married to Padma's Lakshmi for three-years, apparently was particularly interested in the personal experience of yet another beautiful woman. 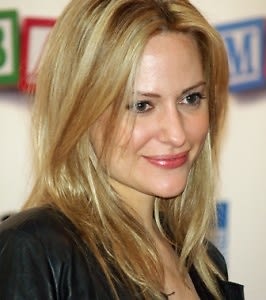 “One of the people I’m really excited to hear tonight is Aimee Mullins," he said, referring to the Paralympian, model, and actress. "She’s a very close friend of mine. And I think she is in her own right an extraordinary woman. I think she’s one of the most important characters I know.”

Given Rushdie's excessive plaudits, we wondered what other characters he had running around his head and how they might figure in his books.

“I’m writing non-fiction right now," he said. "I'm writing a memoir, so the characters are all actually real life people, including me."

And with that he went on with his evening--perhaps in continued pursuit of Mullins.