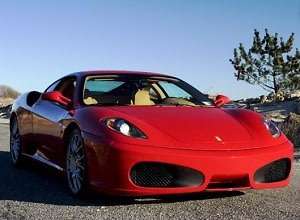 The Classic Car Club, a membership-based luxury car group in Soho that serves elite New Yorkers with a need for speed, is launching an Upper East Side branch.  At the club's holiday party last night, we spoke to John Munson, who will run the new arm.

Among the carbon fiber cars--the Ferrari 430, Lamborghini Gallardo, the sleek Masarati, the Porsche 911 GT3--Muson holds court in a Faconable suit with faint pink pinstripes. In many ways--pinky insignia ring, engraved bracelet--he embodies the luxury and staid grandeur of this society.

Phil Kavanagh started the Classic Car Club in London, and Mike Prichinelo and Zac Moseley are the co-owners and operators of the New York branch. There are additional clubs in Denmark, Scotland, and Romania that New York members are able to access as part of their membership, which costs a minimum of $8,000 per year.

John Munson, a Florida native (and product of Hotchkiss), talked to us about his love of cars and what we can expect from the new Upper East Side branch.

GofG: What's the main appeal of the Classic Car Club? Can you tell us about its trajectory since it started in New York?

JM: We started here in 2005, four cars and five members. It's just grown over time. Manhattan is a city that's known to provide anything, but it's not really a driver's city. You know, it's prohibitive to keep a car, to maintain a car, to insure a car. And  what the club does is it sort of gives you all the advantages of a having a $4 million car collection without any of the hassles of ownership. We garage them, we maintain them, we insure them. And it allows you to drive 40 to 50 different cars, which is a great perk to have.

I was going to buy a Porsche, and I looked into it: a  garage in Soho is $700 a month, and that's what  the club costs to start. So it makes sense for a lot of people. And we have a lot of members who could afford to easily purchase all of these cars but like the idea of not having the headache.

The Jag behind you, which is a beautiful car--not reliable. They're really a headache to have. But we have two full-time mechanics on staff, so anytime you come to pick up a car, you know it's gonna run. And it's lets you decide when your mood's different. Some days you may want something like this. And some days the Bronco, you get five friends and go to the beach. We a membership club as  well. Everybody has 24-hour access to the club, people can come any time. We do happy hour Thursday night. A bunch of guys are racing. We do rallies across the country. We do rallies in Europe." 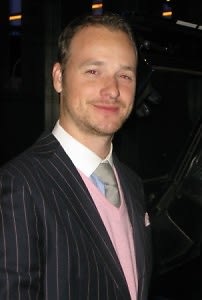 GofG: Tell us about the Upper East Side Branch.

It's going to be on 73rd between between 3rd and Lex. We found a 19th-century carriage house. And it's a single family townhouse, and the entire townhouse is just the car parking service. So we've got the ground floor to begin, and as we sort of grow  our long-term plan there is to have the whole thing be the club house: A pool table on one floor, a couple of cars, a screening room--that sort of thing. Hopefully as people grow and as we get more members, we just buy more cars. So we can always expand further and further. 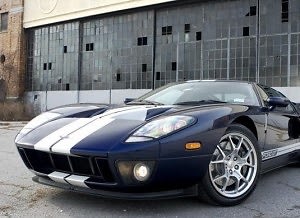 GofG: How did you first get involved in the club?

JM: When I came to New York, I said I going to buy a car here, but it doesn't make any sense. I really like the guys. We've had some really cool members. Jay-Z, Donna Karan, Tracey Morgan, Robert Downey Jr., Heath Ledger. The unknown members we have are really cool people.  We have that whole finance contingent, but we also have a lot of entrepreneurs and self-employed people and creative  types. And those we see the most, because they can come here during the day.

GofG: Who is your most famous new member?

JM: "We just  had  a famous in about buying a Christmas membership for her record producer husband as a new father present. Tracey Morgan is  probably our most high-profile current member. He comes and hangs out."

GofG: The Classic Car Club is often thought of as a boys club, but you do have an active female membership: what characterizes that  part of the demographic?

JM: "We have very cool female members. It's a whole mix. We have everything from trophy wives to really independent women--fashion designers. There's one girl, she comes on her Ducati. Full race leathers. She takes her helmet off, her long blond hair comes down, and she loves to drive like a Porsche Turbo. Drives them hard."

GofG: How do expect the Upper East Side membership to be different from the Soho membership?

JM: "I do expect to have a slightly different demographic. Downtown, yes we have the Wall Street crowd, but we also have a lot of artists, designers, creative types. I think Upper East Side, we probably have a slightly older  crowd. And there are certain cars that we're looking to get that we think belong a little bit more on the Upper East Side: an old Jag roadster from "Cruel Intentions," an Aston Martin, a Ferrari 550.

All members, regardless of where  they're a member, will have access to something. And also the club house is going to be a little bit more leather chesterfield sofas, beat up oriental rugs. You know, the Classic Car Club, we do have a sort of partying, punk rock aesthetic sort of thing. But we want to blend in to the Upper East Side. Mike [Prichinelo], one of the first things he said was, 'We want to make it look like we've been there for 15 years.' The membership experience will be the same, but it will be a little bit of an older gentlemen's British club sort of feel."

GofG: How did you get into cars?

JM: "My father was  into cars. I grew up into cars. He was  not athletic, and most people grow up with golf magazines, we just had Road&Track. My dad was an attorney, a big car fanatic, so I got the bug early. I had paintings of a Porsche and a Ferrari in my nursery. When I found out that this existed, I begged for it every Christmas and birthday, and then by the time I was able to write a check on my own--the largest one I wrote in my entire life was my first--it was to here. I've always read Road&Track. I've always read Car&Driver. I look at eBay motors the way some people look at porn--I've always been interested in classics and market value."

Daily Style Phile: The Many Hats (And Blazers And Loafers) of John Munson