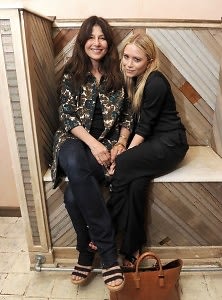 Where: Tiny's and the Bar Upstairs

Other Details: The event was held to raise funds to restore the original damaged film of Style Wars, a historic documentary about New York's early '80s street culture and graffiti art. The film's late director, Tony Silver, and producer Henry Chalfant were honored and art was donated for a silent auction by Brad Pitt, Rachel Roy, the Beastie Boys, Mr. Brainwash and Shepard Fairey, among others. The dinner and party was originally slated to take place at Bunker, but was moved to Matt Abramcyk's new place Tiny's. [Via] 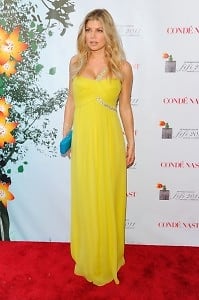 Where: The Tent at Lincoln Center

Other Details: The fragrance world is literally run by celebrity brands now-a-days ensuring that this event was decked with Hollywood types. Halle Berry took home Fragrance Celebrity of the Year Award for her Reveal perfume. "I'm inspired by Fergie, by Mary J Blige, by other winners here. Women, let's lift each other higher and higher!" she said.  [Via] 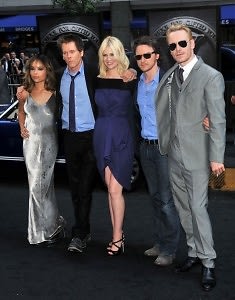 Other Details: January Jones looked pretty and preggers in a Preen dress telling reporters, "I feel great. I haven't had any weird physical side effects. I feel pretty lucky so far. Everybody is asking if I've had any odd cravings. I haven't yet. It's a bummer. I wish I had something weird to tell." What is cool? Her kids not even born yet and already he is just one degree and a belly removed from Kevin Bacon. There should be an award for that or at least a Facebook Page.   The flick centers on the beginning of the X-Men saga. [Via, ]

The New York Premiere of THE LAST MOUNTAIN 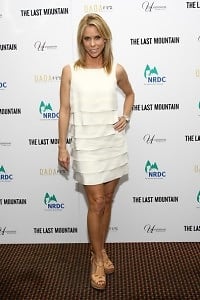 Other Details: The flick centers on a battle over the fate of the last great mountain in Appalachia.  "When Robert F. Kennedy, Jr. joins families and activists, harnessing the power of citizen democracy to fend off the extraordinary and insidious power of Big Coal, the conflict flares." RFK was on hand to celebrate his film with friends like Elie Weisel and oddly, that kid from Skins! After the flick, guests head to Rouge Tomate for cocktails and fancy snacks. [Via]

Other Details: Bette Midler celebrated the 10th annual Spring Picnic for her Restoration Project at Gracie Mansion where guests were able to roam and admire the grounds!

Where: Lincoln Ristorante at Lincoln Center

Other Details: Fancy, wealthy  types like Princess Alexandra of Greece got together to celebrate smelling like flowers. Yes, everything is coming up roses.

Other Details: The High School of Fashion Industries, whose mission is to provide challenging, creative, and effective vocational, technical and academic training for New York City students, held a fashion show last night attended by true professionals. @FashionInformer Tweeted:  "At the High School of Fashion Industries, waiting for the senior show/Ruben and Isabel Toledo tribute to start. The students are too cute!" 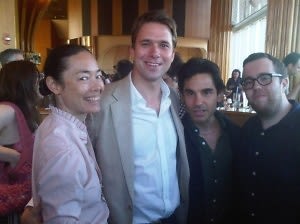 Where: Top of The Standard

Other Details: Christopher Bollen celebrated his new book Lightening People with friends at the Top of The Standard last night. The book centers on a actor and snake expert living and navigating post 9-11 Manhattan. [Via] 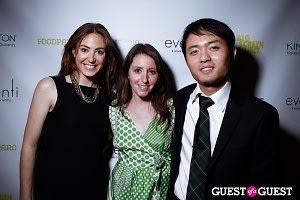 Other Details: Last night Eventi, one of the newest Kimpton hotels, celebrated its 1 year anniversary. The event was a double-anniversary celebration: Kimpton reached its 30th year. With flowing cocktails and complimentary glow-bars & rings, guests helped celebrate "Three Decades of Staying True to YOU! Be sure to take a look at more pics HERE. 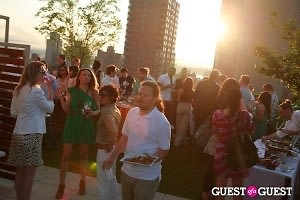 Other Details: BeClassic is a luxury apparel brand focused on bringing desirable basics that translate seamlessly from the boardroom to the beach.Guests were able to preview some of their looks last night while sipping cocktails and enjoying the views! Be sure to take a look at more pics HERE!