A fashionable crowd hit The Whitney Art Party; Alexa Chung hung out with Francois Nars at his book launch; Lake Bell played host for the launch of the Gen Art film Festival; Ewan McGregor screened his new movie; Jack Black ninja chopped his way down the red carpet and more. Last night's parties were Kung Fu fighting, they were fast as lightening! 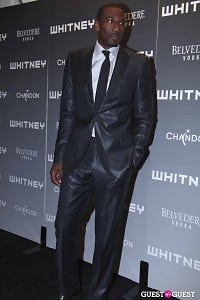 Other Details: Guests previewed the new space that will house the Whitney in an event chaired by Eddie Borgo, Shala Monroque, and Amar'e Studemire.  Contemporary work was auctioned off, Robyn played for enthusiastic attendees and there was plenty of dancing.  Be sure to take a look at more photos HERE!

NARS COSMETICS Launch Event for MAKE UP YOUR MIND: EXPRESS YOURSELF [Take a look at photos HERE!] 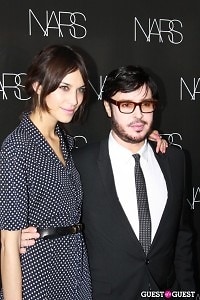 Other Details: Not every model and fashion person was at the Whitney.  It was a fabulous crowd last night at the launch of Francois Nars, known for putting the "super" in "supermodel", new book Make-Up Your Mind: Express Yourself. Guests like Vogue's Grace Coddington rubbed elbows with Amanda Lepore and Andrej Pejick over drinks and Asian hors douevres as the Maselli brothers DJ'd.  Calvin Klein was there with his way-too-young-for him boyfriend Nick Gruber.  If you see Erin Fetherston out and ask her about the new Cobra Starship video from her boyfriend Gabe Saporta, don't expect much. She's not telling any secrets. Be sure to take a look at more photos HERE! 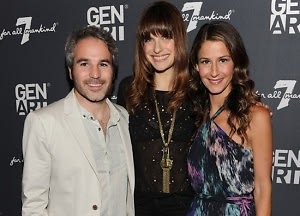 Where: 7 For All Mankind

Other Details: Lake Bell hosted last night's event, Gen Art's first since relaunching in the Spring.  They're back and running and will be holding the much beloved Gen Art Film Festival this summer where one of Lake's movies will premiere.  When Anna Chlumsky, the chick from My Girl (who sort of looks like Topanga from Boy Meets World, which is confusing) was at the party,  you know it was good. [Via]

The New York Special Screening of BEGINNERS [Take a look at photos HERE!] 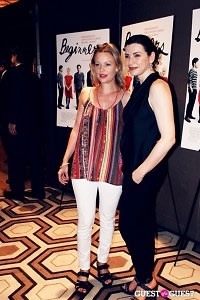 Other Details: From writer/director Mike Mills comes Beginners, a comedy/drama about how deeply funny and transformative life can be, even at its most serious moments. if that doesn't make you want to see this, just know that Ewan McGregor is the lead. He is talented/sexxxy.  Be sure to take a look at more photos HERE! 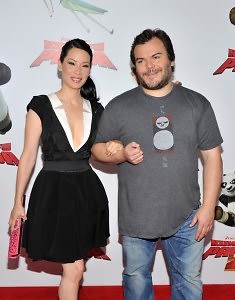 Who Was There: Lucy Liu, Jack Black

Other Details: Kung Fu Panda had a day time premiere at the Ziegfeild where Jack Black did not disappoint photogs, performing his usual crazy poses and action shots. Ninja? Ninja. "All Kung Fu masters have a beautician," he joked to USA Today after his assistant wiped sweat off his forehead. "I'm glad you saw it because I'm not going to do it again. I try. I work it. I take care of the body. Just cause I'm large doesn't mean I'm not in charge." [Via] 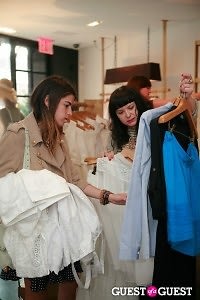 Other Details: Adam Lippes hosted his favorite writers and bloggers at his boutique. He was on hand to help them find their perfect summer outfit and snap away with Instagram. Be sure to take a look at more photos HERE! 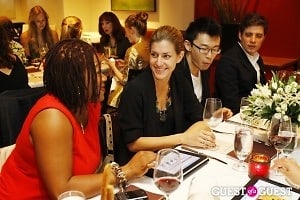 Other Details: Guests head to Neiman Marcus for a swanky night of fashion and shopping. Be sure to take a look at more photos HERE!

Other Details: Perri Peltz and David Patrick Columbia were honored during last night's dinner and ceremony. After, guests bid on auction items and dances to the sounds of the Kit McClure All-Girl Band

HBO Presents The Documentary Film "BOBBY FISCHER AGAINST THE WORLD

Other Details: HBO Documentary Films and the World Chess Hall of Fame hosted a reception and screening. There were also several original, limited-edition Bobby Fischer photographs which are featured in the film on display. John Stossel and his stache were present and accounted for.