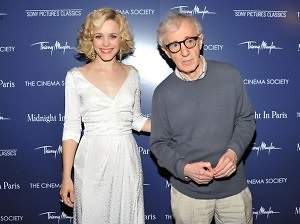 Other Details: Woody Allen came out for the screening of his new movie Midnight in Paris last night at the Tribeca Grand. After the film, guests head over to Soho Grand where the general consensus was that the movie was one of Allen's best in years and that they smiled the whole time. Rachel McAdams changed from the white dress she wore on the carpet to a black pant suit and hung out with beau and cast mate Michael Sheen. Judah Frielander and Lorenzo Martone mingled around the room, as Jimmy Kimmel let people come to him. Patricia Clarkson hung out with a friend at a table talking, and the Olsens, as is their MO, were no where to be seen. [Via] 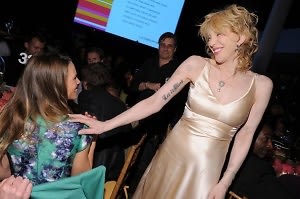 Other Details: Stars came out last night for the Joyful Heart Revolution Gala, founded by Mariska Hargitay to heal, educate and empower survivors of sexual assault, domestic violence and child abuse and to shed light into the darkness that surrounds these issues. Hilary Swank spoke to the crowd and was chatted up by Courtney Love. [Via]

A Spring Evening  [Take a look at photos HERE] 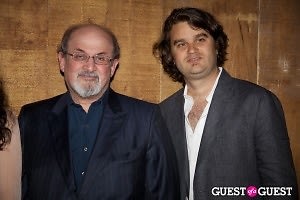 Other Details: Last night's 'A Spring Evening' event at the Urban Zen center launched the partnership between the Ubuntu Education Fund and The Lunchbox Fund. Donna Karan, Joaquin Phoenix, and Salman Rushdie hosted the evening which included a musical performance by The Roots, Gift Horse Project, Karen Elson, Zac Hanson, Rain Phoenix, DJ Jeffrey Tonneson, and a live auction! Be sure to take a look at the details HERE and check out more photos HERE. 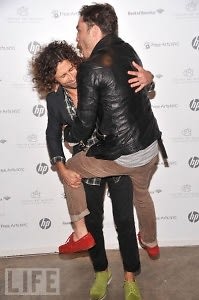 Other Details: Guests came to the Chelsea museum to enjoy cocktails and see some art. Ed Westwick thought it was the perfect opportunity to mount and hump artist Todd DiCiurcio...or something.  [Via] 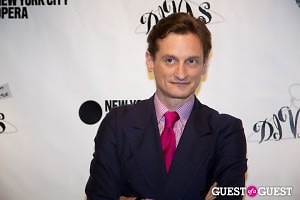 Other Details: Hosted by Vogue editor Hamish Bowles and Sex and the City stylist Patricia Field, this cocktail party and legendary private sale is famous for its spectacular deals on merchandise from recent seasons donated directly from fashion houses (Zac Posen dresses at $350 and Manolo Blahniks at $125, Burberry trenches, normally around $800, for $125, a Chado Ralph Rucci dress with paillettes, retails for $12,000, on sale for $2950). Yes, please!  Be sure to take a look at more pics HERE. 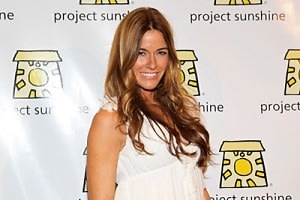 Other Details: Project Sunshine, a New York City-based charity, ended its  annual week of service with this event that honored Lillian Vernon. [Via] 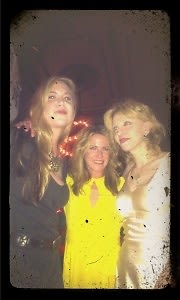 Other Details: I loved Sassy, I was devastated when Jane folded and I could not be more excited for XOJane.com.  It willf eature contributions from celebs such as David Arquette and Izaac Mizrahi as well as 14 year old fashion whiz Tavi Gevinson. 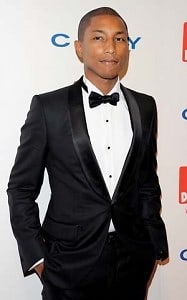 Other Details: Pharrell celebrated his new show with UEG called I Am Other. It's designed as a content-driven property that spotlights new musicians, filmmakers, designers, artists and innovators through online, mobile and retail channels, TV shows and films. It's also going to try really hard to get you to tweet and Facebook and buy crap. Reports Variety: "While I Am Other will produce and distribute content, it will also tap into new commerce models like Gilt and Groupon that have proved successful while drawing on the social networking of Facebook and Twitter." [Via]

Other Details: Last night Tom Brokaw and other guests came out to view the screening of the documentary Buck, which focuses on Buck Brannaman, a true American cowboy and the person Redford's The Horse Whisperer is based off. “Your horse is a mirror to your soul, and sometimes you may not like what you see. Sometimes, you will,” he says.Take that to heart New Yorkers.

Lialia by Julia Alarcon on Sundance Channel's "ALL ON THE LINE" Screening: sponsored by RDV & Absolut [Take a look at photos HERE] 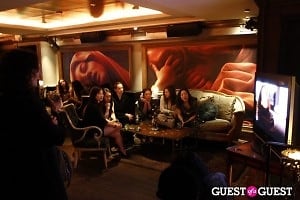 Other Details: Julia Alarcon hosted a special private screening of Joe Zee's "All On Line," episode in which she appears. -

Other Details: Nicole Hanley hosted a preview  Giorgio Armani Fall Collection at Saks where lucky shoppers not only got a first look but were able to purchase items with a portion of the proceeds going to The Boys Club.

Where: The Townhouse at 153 Franklin Street

Other Details: Dan Abrams has added another web site to his growing empire with Mogulite.com. Guests celebrated with The Original Moonshine Clear Corn Whiskey and Siduri Wines by Lot18.