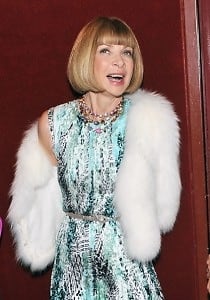 Anna Wintour, society types, and an ultra-fashionable crowd head to Lincoln Center for ABT's Annual Spring Gala; DVF took in a preview of the High Line Section 2; Katie Couric and Whoopi Goldberg read at the Literacy Partners annual Gala; Waris Alhuwalia viewed florescent art; Topher Grace saw a movie; Paula Abdul managed to not get wasted and be embarrassing at a party and more! Last night's parties were on their best behavior.

Other Details: You know it's a good event when Anna Wintour deigns to appear. First Lady Michelle Obama, Caroline Kennedy, Carolina Herrera and Blaine Trump acted as the honorary chairs for the evening which included  a one-time only performance of excerpts from the upcoming season by ABT’s world-renowned dancers. There was also a special tribute to Principal Dancer Jose Manuel Carreno on his farewell season. After the performance, guests were treated a fancy shmancy black-tie dinner. Anna was seen smiling, making this event a winner. [Via] 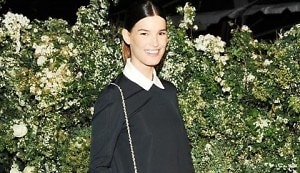 Where: The High Line

Other Details: Despite the rainy weather guests were given a preview of the Highline Section 2, followed by dinner and an after-party hosted by Calvin Klein. [Via] 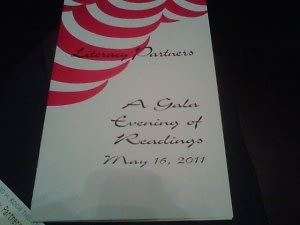 Other Details: Gala Chairs Liz Smith, Arnold Scaasi, Parker Ladd and Jacqueline Weld welcomed more than 500 guests to watch authors and notables like Katie Couric and Whoopi Goldberg read.  Yoko Ono auctioned off the chance to accompany her on a walk through Strawberry Fields. [Via]

Museum of Arts and Design Presents The Rare EarthsFLUORESCENTBALL 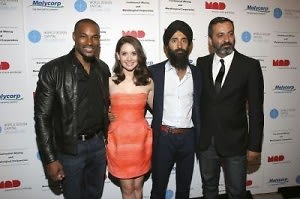 Where: Museum of Arts & Design

Other Details: The Museum of Arts and Design celebrated the third annual young patrons gala The FLUORESCENTBALL. Co-chairs this year were designer/actor/man about town  Waris Alhuwalia, model Tyson Beckford, designer Karim Rashid and Milk Studios founder Mazdack Rassi. Fun neon art was on display in the vein of the theme. [Via]

New York Premiere of HBO's TOO BIG TO FAIL 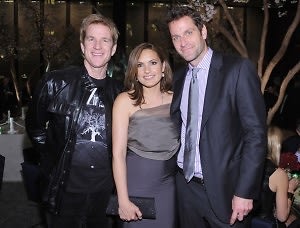 Other Details: The flick is based on Andrew Ross Sorkin's bestselling book of the same name and centers on the 2008 metldown of Wall Street and Treasury Secretary Henry Paulson's role. Sounds boring and depressing, but with an all star cast is probably pretty good. [Via]

Other Details: FOX celebrated its new slate of shows including Simon Cowell's X Factor, a cartoon voiced by Jonah Hill and something lovingly called I Hate My Teenage Daughter. They are also bringing back The Flintstone's helmed by Family Guy creator Seth McFarlane. Sorta can't wait. Of note: Paula Abdul did not get drunk and make a fool of herself at the party. [Via]

Other Details: Earth, Wind and Fire performed for guests at the annual gala.  @AlisonBrodPR Tweeted: "I see 25 concerts a year-good ones, private ones,but @Earth WindFire @92Y benefit was one of the craziest.And, they are old.Old, and good." 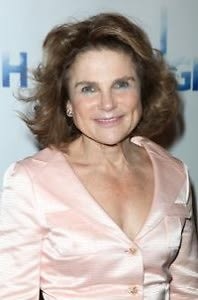 Other Details: Over 100 performers, a 30-piece orchestra and special guests took the stage last night for this benefit celebrating Israel's future. [Via] 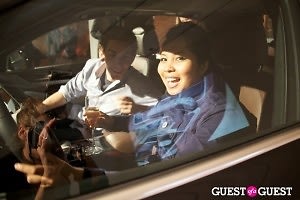 Other Details: New York Magazine's design editor Wendy Goodman and Audi paired up for the Design Hunting Gallery. The event, held at Drive-in Studios,  was a chance for auto-philes to check out the new Audi A8 along with five cutting-edge designers showcasing their unique, contemporary work. Take a look at more photos HERE. 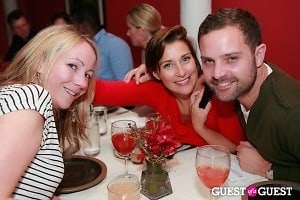 Other Details: BELVEDERE hosted a brunch with Bevy Smith. Was it as crazy as Day & Night. Take a look at more photos HERE.